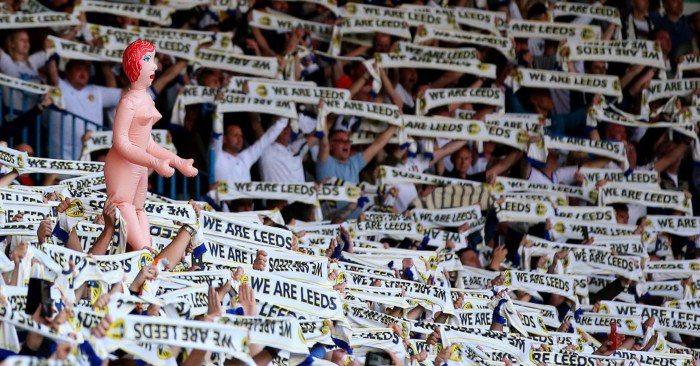 Deep down, they knew the dream died at Griffin Park. As the final whistle blew on a warm west London evening, Leeds United’s players hit the turf and mourned back-to-back Bank Holiday weekend defeats. They had fought tooth and nail with Norwich City and Sheffield United, but fallen short. And it was all their own fault. Had Leeds taken ten points from their final four league games, they would have guaranteed automatic promotion. They took just one.

Leeds still had their second shot at promotion, via the play-offs and Derby County, but disappointment had been written on the wall by then. Marcelo Bielsa’s team were goosed, forced to their knees by the energy expended in pushing for the top two. There are many different ways to enter the play-offs; slumping into them having sprinted towards a finishing line is the worst.

During the spring, Bielsa became increasingly angry at suggestions that Leeds’ squad were growing fatigued. But the evidence was there. Leeds lost 12 games after Christmas and three before. The team that topped the table after 18 of the 46 match-days eventually tumbled into third place and play-off ignominy. Against Derby in the second half of the second leg, they had nothing left to give.

But if there is weight in the argument that Bielsa’s high-energy football and demand for pressing sapped the players of energy and left them empty for the end of the home straight, the manager deserves no blame for that. They would not even have been in the top six without him. If there is blame to be allocated, point the finger at those who failed to capitalise on a brilliant autumn by bolstering the squad in January after Samu Saiz was sold.

Two months on, and Leeds United are the comfortable favourites to win the Championship title this season. The surprise confirmation that Bielsa had agreed to stay on as manager caused Yorkshire jubilation – if that’s not an oxymoron. Having finished third as fifth favourites, the bookmakers’ assumption is that Bielsa will make amends for missed chances.

Yet with just over three weeks until the Football League season begins, the mood among Leeds supporters is not one of lofty expectation, but concern. We can be sure that Bielsa will not compromise on his style of football, so Leeds needed reinforcements to better prepare the squad for the rigours of a 46-game league campaign and avoid the 2018/19 slump. They have signed Helder Costa from Wolves in a deal that will become permanent for £15m, but too little else has followed. Costa himself flourished in his first Championship season, tailed off in his second and made no mark on the Premier League.

Instead, it is those potentially leaving Elland Road who grab the headlines. Pontus Jansson’s relationship with Bielsa broke down last season but Leeds have still sold their best defender for a cut-price fee to a Championship rival. That backwards step has been followed by rumours that Kemar Roofe is wanted by Rangers. In midfield, Kalvin Phillips has rejected Leeds’ first contract offer and is interesting Premier League clubs. The spine of the team is potentially being fractured just as Leeds should be in rude health.

Leeds’ status as title favourites is a reflection of their rivals’ likely travails rather than their own brute strength. Of the three relegated teams, Huddersfield will need to regroup under new owner and new-ish manager while Cardiff City will surely not overachieve so emphatically again. If Fulham are obvious promotion candidates having retained Aleksandar Mitrovic, Scott Parker is a novice manager and the defensive ineptitude still needs resolving.

Of the existing Championship crop, Middlesbrough and West Brom have weakened their squads and yet somehow probably seen their promotion chances increase. Losing play-off finalists Derby will expect better in 2019/20, but they have lost Mason Mount and Harry Wilson and nobody can say with any certainty how Phillip Cocu will fare in England. Brentford might consider themselves at least the best of the rest, but they are fighting to stop their top scorer joining Sheffield United.

The (mostly) slow, understated window of Championship transfer business is no coincidence. The points deduction handed to Birmingham City has spooked plenty of chairpersons and owners. Leeds, whose latest accounts revealed an operating loss of £20.7m, are no different. Jansson claimed that his sale was completed to appease FFP concerns.

“There’s a new scenario in the Championship, after what happened last season with Birmingham,” director of football Victor Orta said last week. “Now the financial situation is all that people monitor and we need to have responsibility in terms of the new regulations. This is the situation: we need to be creative, we need to build a squad with the principal targets and perhaps the idea (that) quality is better than quantity.”

Orta is right that Leeds must not fall foul of the regulations, but he is mistaken if he believes supporters will deem treading water this summer as acceptable and he should prepare for mutiny if Phillips and/or Roofe are sold without high-quality replacements sourced. Having seen their last attempt at automatic promotion undermined by a thin squad, fans will have little patience with quickly repeated history and the manager might not either.

The retention of Bielsa eased the worry that last season was Leeds’ one shot at glory being missed; regroup, rebuild, recharge and restore. But the ignominy of May has only hardened the belief that Leeds cannot afford to waste their best chance of a Premier League return in 15 years. Allowing the goodwill accrued to slip over the summer would be foolish move.