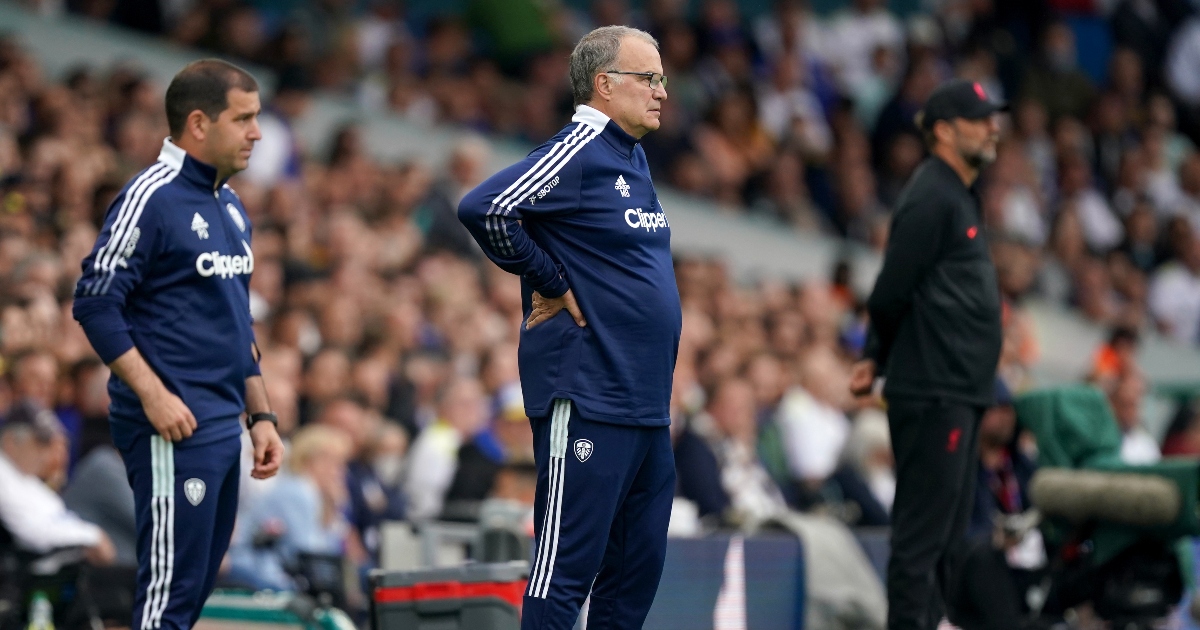 Leeds United manager Marcelo Bielsa said his side “were overcome in nearly all aspects in the game” as they fell to a 3-0 home defeat to Liverpool.

Mohamed Salah, Fabinho and Sadio Mane were on target as the Reds cruised to victory at Elland Road, however, the match was overshadowed by a horror injury to Liverpool youngster Harvey Elliott.

In a post-match press conference dominated by talk of the injury, Bielsa admitted the result was “fair”.

“We were overcome in nearly all aspects in the game. We did not impose ourselves and the result was fair,” he told BBC Match of the Day.

“When he had the ball and lost it, it was difficult for us not to concede danger. In our balls to attack they would have deserved to generate chances of more danger. That is the explanation of what we saw on the pitch, an opponent more superior to us.

“The way they planned to play, it allowed their forwards to shine. My plans did not have the same effect. The type of game did not allow our forwards to be dangerous.”

On Elliott’s injury, the Argentinian said: “I regret dearly what happened, I wish it did not happen.

“Perhaps what happened after he recovered the ball caused the injury. The tackle was clear but clearly the acceleration at how our player moved caused it. In no way did he have provoke any harm to the opponent.”

Also speaking to Sky Sports, Bielsa said: “We were not in charge very often in the game. They were superior to us in all aspects. I don’t know why. I need to know what reasons are. When we lost the ball they created danger. Of course it worries me that we lost 3-0.”

On the Pascal Struijk’s red card for the challenge: “I regret dearly the opponent was injured and I’m 100% certain our player did not have a bad intention. I wish it had not happened.”