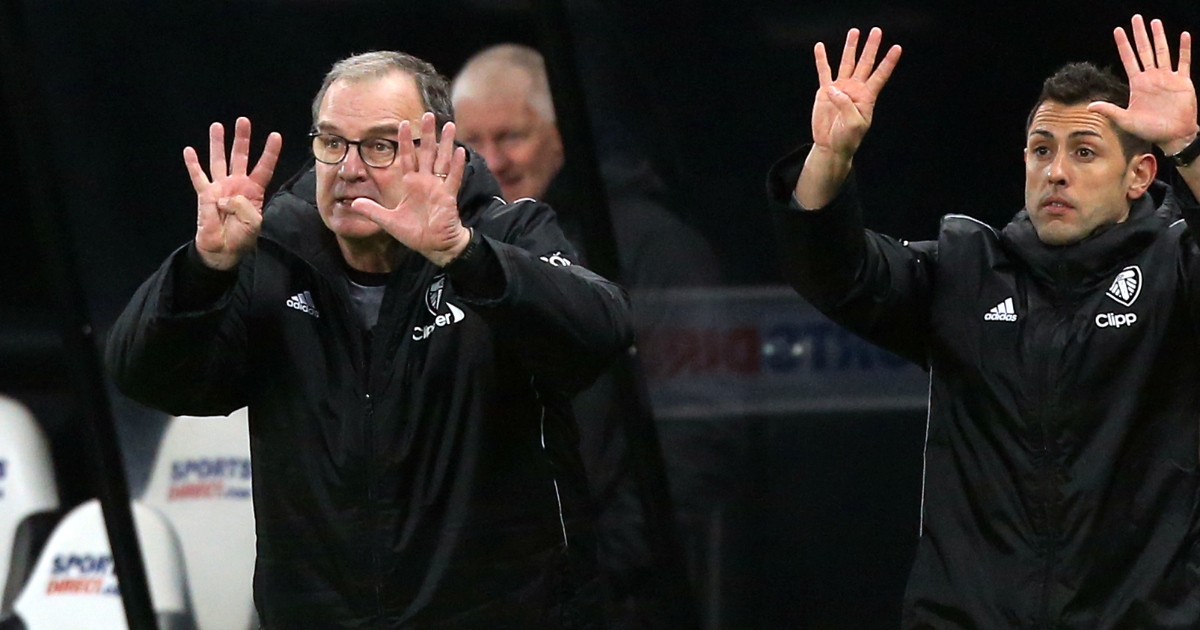 Leeds United head coach Marcelo Bielsa is ‘worried’ by the Whites’ start to the season which sees them sit 16th in the Premier League.

The Yorkshire club have started 2021/22 with three draws and two losses from their first five league matches.

Their most recent encounter was on Friday night against Newcastle United. The match finished 1-1 after Raphinha opened the scoring for Bielsa’s men 13 minutes into the game.

His fine goal was cancelled out by a sublime Allan Saint-Maximin strike in the 44th minute.

Speaking to Sky Sports, Bielsa said: “We had sufficient chances to go in at the break with a bigger margin but we didn’t score in proportion to the amount of chances we created.

“Yes, yes, of course it [the winless run] worries me.

“We were missing some efficiency and capitalising on the chances that we had. We had a lot of possession, perhaps we could have created even more danger especially in the second half.”

Bielsa also told BBC Match of the Day: “It is a game we could have won. It wouldn’t have been strange if we scored one or two goals more.

“The construction of the offensive game was good. We had to adapt to a great centre forward like the number 10 [Saint-Maximin]. I think in some way our defensive game was sufficient.

“The results are not great, from 15 points to have only three is too little.”

Leeds went into the match without three centre-back options. Pascal Struijk was suspended, meanwhile, Diego Llorente and Robin Koch were out injured.

This forced Bielsa to start Luke Ayling in the centre of defence with Liam Cooper.

Ayling was substituted in the 89th minute after picking up an injury, which leaves the Argentinian even shorter for options in defence.

“Let’s hope it’s nothing that prevents him from playing because it will be the fourth option at centre back that we’ll lose,” he told Sky Sports on Ayling’s injury.

Next up for Leeds is a Carabao Cup tie against Fulham at Craven Cottage on Tuesday evening before returning to Elland Road next Saturday to host West Ham.