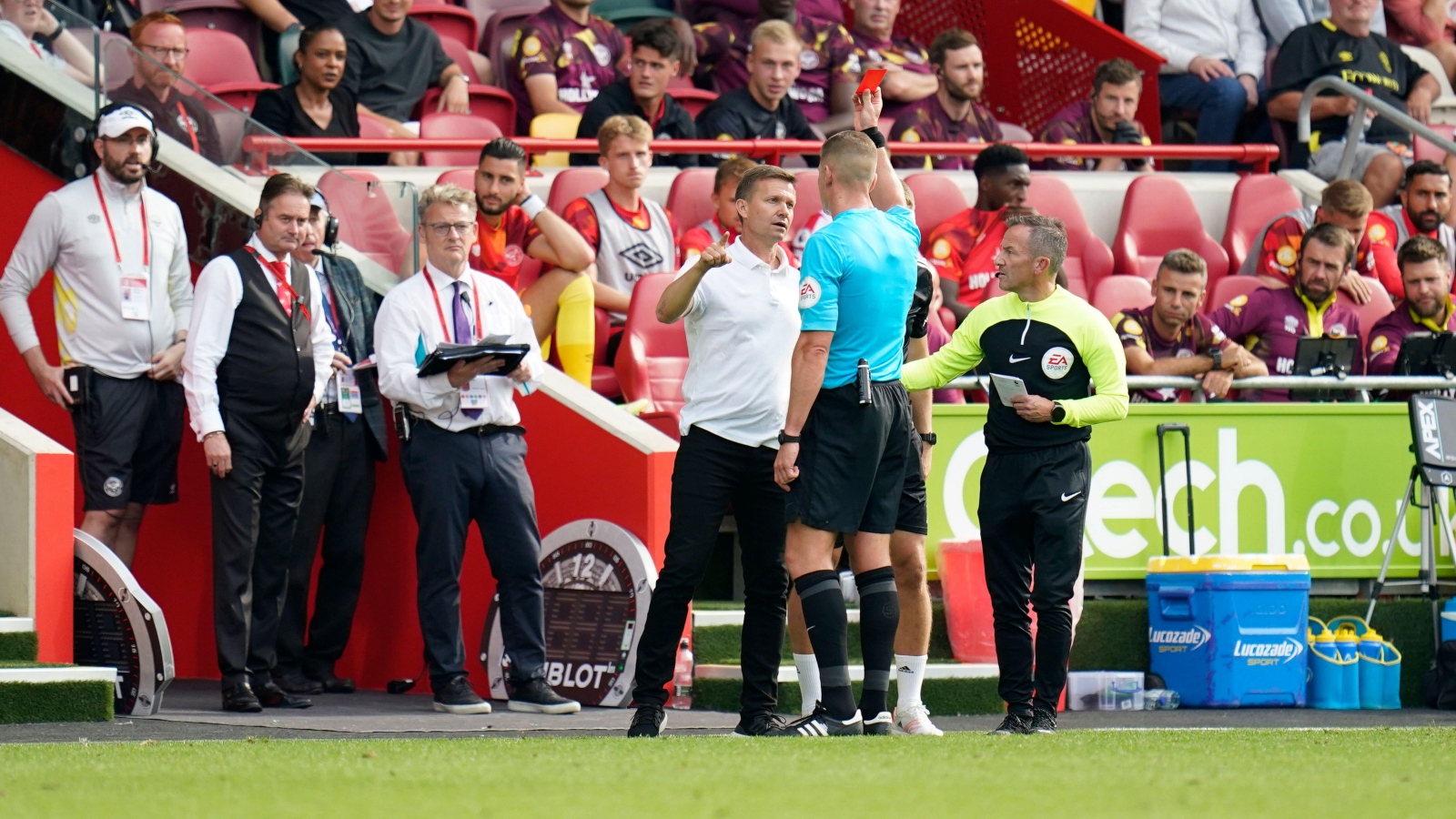 Leeds boss Jesse Marsch believes his respect for Premier League referees is not reciprocated after his red card against Brentford.

Marsch’s side were beaten 5-2 by the Bees at the Brentford Community Stadium on Saturday, with Ivan Toney helping himself to a hat-trick.

After a few decisions went against his team, the American head coach was sent off in the 64th minute.

Speaking to BBC Match of the Day, Marsch went on a bit of a rant, insisting referees are not performing as promised before the start of the season.

“I said last week that I like our team and that doesn’t change,” Marsch said. “We have an incredible mentality and it’s now really about getting a little smarter and understanding how to limit what the opponent wants to accomplish on the day and make sure the game is tilted more in our direction.

“We have a good group – we know that. We have work to do and we’re going to keep pushing forward.”

On his sending off, Marsch explained: “I was really calm when they gave a penalty for a play that I didn’t think was a penalty.

“If you give one soft VAR penalty decision, it’s just an easy thing to do to say it’s fair and within the laws of the game to give another, when it’s also a more clear penalty. But we didn’t get that, and that’s what the frustration is.

“I don’t know if it’s with the league or other referees, because things I was told at manager meetings before the start of the season aren’t happening.

“That’s really the source of the frustration. I was calm all the time before there’s an egregious act for me.

On the game, the Leeds head coach added: “We’re disappointed and frustrated that we gave away too many easy chances and goals and made too many mistakes. But we also showed our character in some moments and also got ourselves back in the game.

“We have to learn from these situations, especially when you play away from home. We talked before the match about Brentford being a smart team who know how to play to their strengths. We knew we had to limit their set-piece opportunities and chances to play on the counter.

“We didn’t do enough of that today and it wound up costing us.”