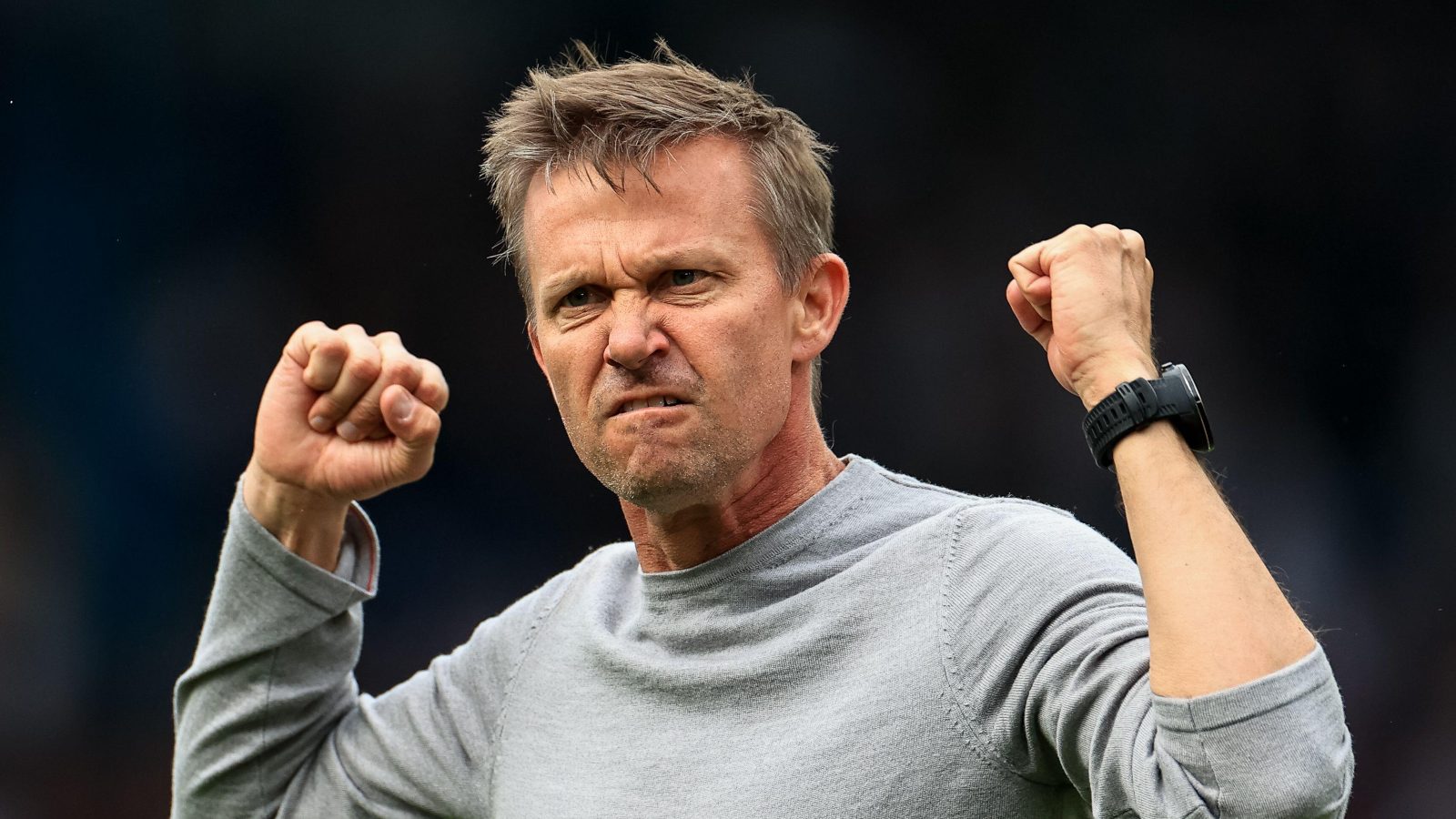 Leeds United boss Jesse Marsch has hit out at the English media for their ‘prejudice’ towards him since his arrival at Elland Road in March.

The American took over the Yorkshire club following the sacking of Marcelo Bielsa and helped them survive relegation on the final day of the season.

The Whites went into the final game at Brentford needing the better Burnley’s result at home to Newcastle. Goals from Raphinha and Jack Harrison secured Leeds’ survival as Burnley fell to defeat to seal their fate.

It had looked ominous at times for Leeds and Marsch did come under pressure, even from his own supporters who expressed their loyalties to his predecessor Bielsa.

There were also a number of remarks made about words or phrases used by the American and Marsch has now hit back at the comments, labelling them as ‘xenophobic’ and a form of ‘prejudice’.

Speaking on SiriusXMFC’s The Football Show, the Leeds boss said: “We were actually playing quite well in the match [vs City], we lost 4-0 and I said in the press conference that in many ways it was a win and people over here go crazy.

“The media in England is so ridiculous. Any one thing the American says they want to just jump on and they want to then ridicule and find holes.

“Whatever. I don’t care, I’m not changing who I am, I’m going to be the leader that I want to be and work hard with the group I work with and find ways to grow and get better and succeed, that’s what we did.

“I said from the beginning there’s a lot more horrible things happening in the world than me being ridiculed for my accent or being American. We can call it whatever you want, xenophobia or whatever but it’s a form of prejudice.

“Some people don’t allow that kind of behaviour to happen and will treat me based on what I am or what our team is, that’s ultimately what it should be. It’s frankly ridiculous that they don’t like to hear an American accent in their sport, in their country, it’s horrible.”