Home All The News Leeds 0-1 Brighton: Maupay scores winner for the Seagulls 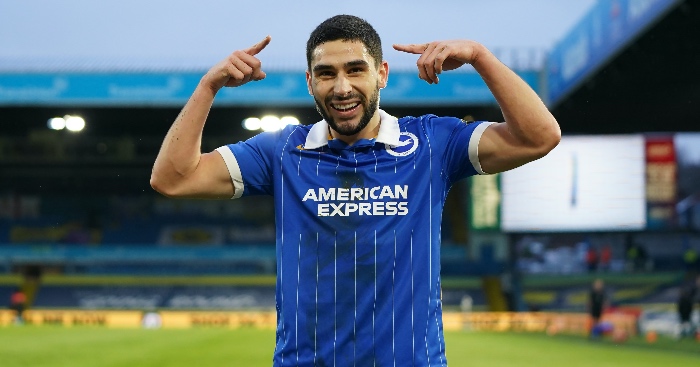 Maupay tapped home at the far post for his seventh goal of the season in the 17th-minute as the Seagulls halted a ten-game winless run in all competitions.

It was a successful return to Elland Road for Brighton’s Ben White, who helped Leeds win promotion during a loan spell last season. His former club slipped to a third straight defeat under Marcelo Bielsa for the first time in 12 months.

Bielsa’s side were bidding to bounce back from last week’s embarrassing FA Cup defeat at Crawley.

However, they sorely missed suspended midfielder Kalvin Philips and rarely got close to producing the form which has won them so many admirers in the top flight.

Rodrigo was inches away from converting Ezgjan Alioski’s brilliant low cross and Mateusz Klich blazed off target after neat build-up play from Leeds.

At the other end, referee Kevin Friend was unimpressed when Maupay went to ground in the penalty area with Luke Ayling in hot pursuit, but the Frenchman gave Brighton the lead soon after.

Leandro Trossard and Alexis Mac Allister’s neat exchange carved Leeds open in the area and Maupay, unmarked at the back post, turned home the latter’s cross.

Leeds had a golden chance to equalise, but Patrick Bamford somehow failed to make contact with Raphinha’s cross from six yards.

The Seagulls’ confidence soared and they went close again when Trossard’s cross was deflected on to the crossbar by Ayling.

With half-time approaching, Leeds were struggling to get a grip on the game in the absence of Phillips and, on a heavy pitch, repeated misplaced passes invited Brighton on to the offensive.

The home side stepped up a gear after the restart and Jack Harrison fired just wide after Raphinha had cut in from the left as Leeds showed some rare fluency.

But another error at the back almost undid Leeds’ good work. Alioski’s underhit pass was pounced on by Maupay and he fed Trossard, who was a whisker away from making it 2-0.

Bielsa sent on Tyler Roberts for Rodrigo and then Pablo Hernandez for Alioski in a bid to wrestle back control in midfield, which was increasingly being dominated by White.

He played most of his 46 games for Leeds last season as a centre-half, but was helping Brighton dictate the play from central midfield.

The hosts pressed forward in search of a late equaliser but could not create clear-cut openings, while Brighton defender Adam Webster forced Leeds goalkeeper Kiko Casilla into a low save.