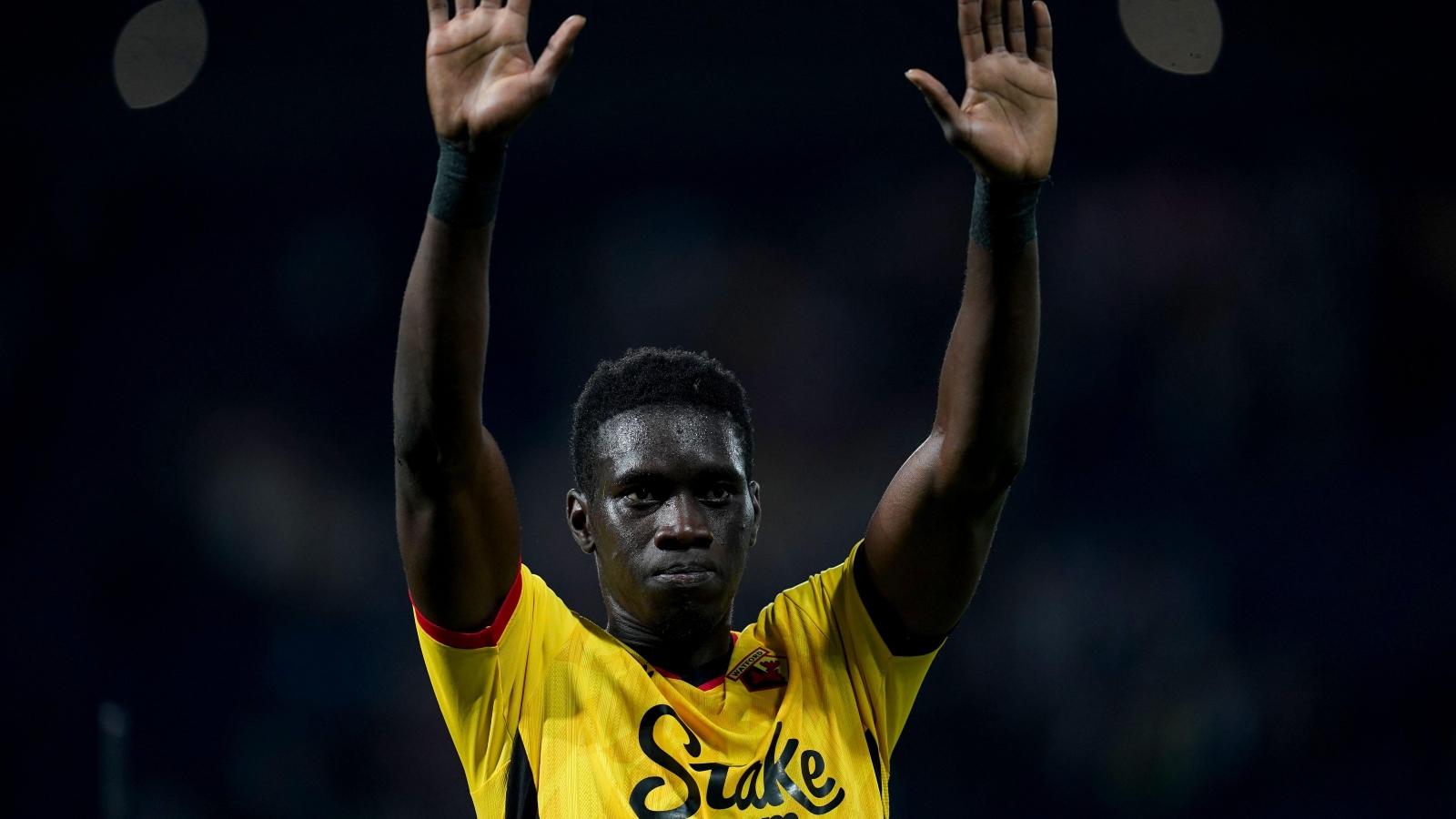 Leeds United are reportedly close to reaching an agreement with Watford for the signing of Ismaila Sarr.

The Senegalese winger’s 2021/22 season was hindered by injuries as he only managed 22 appearances in the Premier League.

The Hornets were relegated last term and Sarr returned to the Championship.

He scored 13 goals and made ten assists in the second tier two seasons ago and has hit the ground running this season, scoring a wonderful goal from his own half in Monday’s 1-1 draw at West Brom.

Following Watford’s relegation, it was expected that Sarr would leave this summer.

The 24-year-old has been linked with Liverpool in the past, though it would appear that the Reds are no longer interested – if they ever genuinely were.

Newcastle United and Leeds have also been thrown into the equation in recent months.

Eddie Howe is on the search for a new versatile attacker and Sarr fits that billing, however, the Magpies boss does not appear to be keen on signing the player.

A report earlier this month claimed that Leeds were looking to replace Raphinha – who recently joined Barcelona – with the Watford winger.

And now French outlet Foot Mercato say the Whites are ‘close’ to reaching an ‘agreement’ with the Championship club over the signing of Sarr.

Discussions over the player’s contract are ‘close to completion’, though his arrival ‘remains conditional on a departure in the workforce of Jesse Marsch’.

Transfer journalist Nicolo Schira has claimed that Leeds will pay £23.6million for Sarr.

Another player Leeds have been linked with is former Manchester United and Chelsea playmaker Juan Mata.

Rumours that Mata would be joining the Yorkshire club ramped up this week, however, renowned journalist Fabrizio Romano has said there is no substance to these rumours.

Romano wrote on Twitter: “There’s nothing agreed between Juan Mata and Leeds, despite rumours. He’s appreciated as top professional and person but no talks ongoing as things stand.

“Also links to Real Oviedo are wide of the mark – Mata will make a decision on future soon.”

Mata joined Manchester United from Chelsea for a reported £37m fee in 2014.

He played just short of 300 times for the Red Devils and became a free agent this summer after his contract expired at the end of last season.