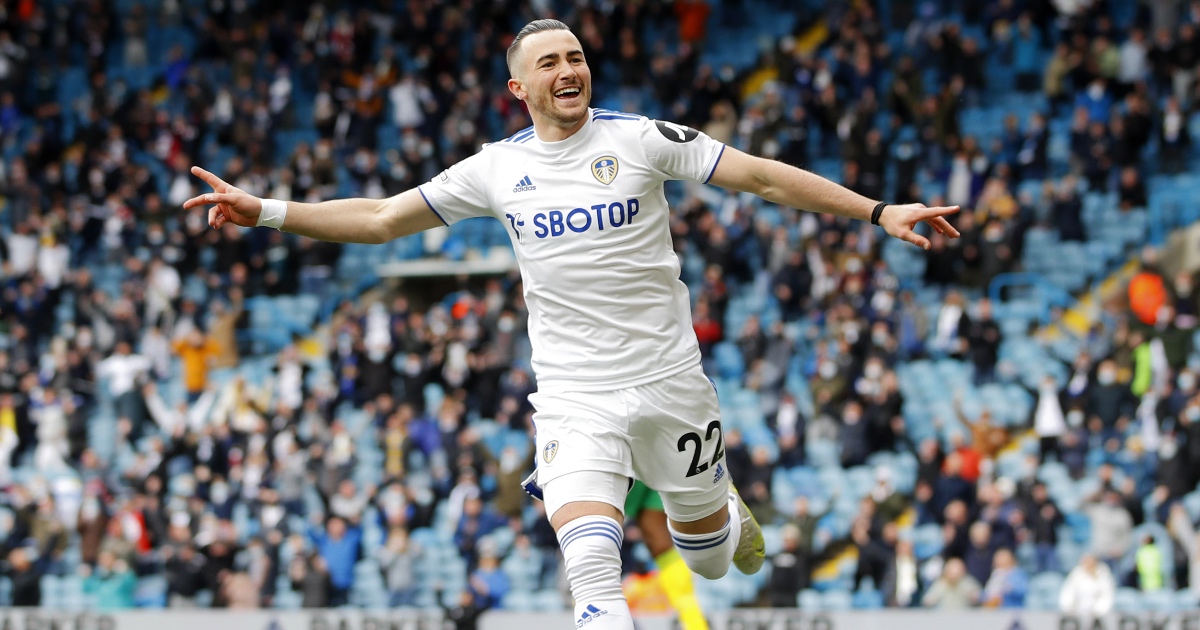 Leeds United have brought in Jack Harrison from Manchester City for an undisclosed fee.

The winger, who spent the last three seasons on loan at Elland Road, has signed a three-year deal with the Whites.

The club had the option to make his loan permanent ahead of the new campaign and confirmed the decision on Friday.

A club statement read: “As part of his loan deal last season, an option was put in place for Leeds to sign Harrison on a permanent deal for an undisclosed fee, which has now been activated.

“Harrison has put pen to paper on a three-year deal at Elland Road, running until the summer of 2024.”

Harrison impressed last season as the Yorkshire side finished ninth on their return to the Premier League.

He featured 36 times in the top flight, scoring eight goals and assisting the same amount for his team-mates.

The Englishman excited fans with his fast-paced and devastating performances throughout the campaign.

Arguably his best game was against Burnley in May. Harrison flicked home an Ezgjan Alioski shot before setting up Rodrigo for two goals in a sweeping 4-0 victory at Turf Moor.

Goals, as well as impressive performances, came against Sheffield United, Leicester City and Newcastle United earlier in the campaign.

The signing is more good news for Leeds after they tied down fan-favourite Stuart Dallas to a new deal.

The versatile player has put pen to paper on a three-year contract.

Speaking after the announcement, Dallas said: “This is home for me, I’ve always said it’s where I want to be.

“The fans took me in as one of their own and I felt that special connection with them.”

The summer looks set to be a busy one for manager Marcelo Bielsa as he aims to build on their great season.

Junior Firpo is close to being signed to improve their options at left-back.

The 24-year-old is eager to leave Barcelona to gain more game time.