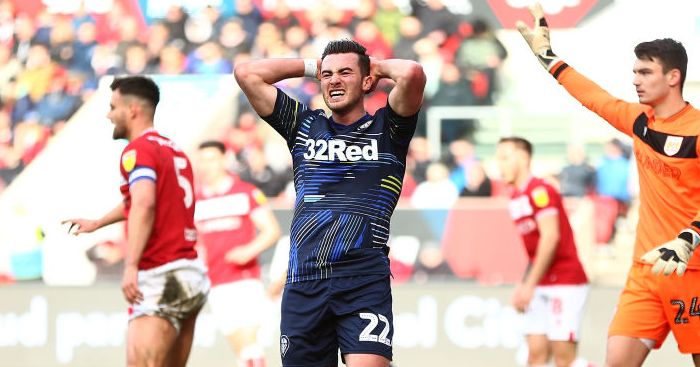 Leeds have an option to sign Harrison on a permanent deal at the end of the 2019-20 season.

White, who has signed a one-year contract extension at Brighton to extend his deal on the south coast until June 2022, has had previous loan spells at Newport and Peterborough.

Brighton Under-23s coach Simon Rusk told the club’s official website: “This is an exciting move for Ben and one that makes sense in his natural development.

“Ben will have to adapt once again, as he joins a new group of players and experiences an increased standard of quality and athleticism in the Championship.

“I’m delighted for Ben to experience playing at that level in front of bigger crowds, and we’ll be keeping a close eye on his progress at Elland Road.”

White made 42 league appearances at Newport during the 2016-17 campaign and played 16 games for Peterborough last season.

The 21-year-old has made two senior appearances for Brighton in the Carabao Cup.

Jack Clarke is expected to join White and Harrison at Elland Road next season despite his £8.5m move to Tottenham.

A surprise U-turn has seen Spurs change their mind on loaning Clarke back to Leeds as part of the deal, while the Daily Telegraph says Wolves winger Helder Costa will also complete a loan move to the Championship side on Monday.