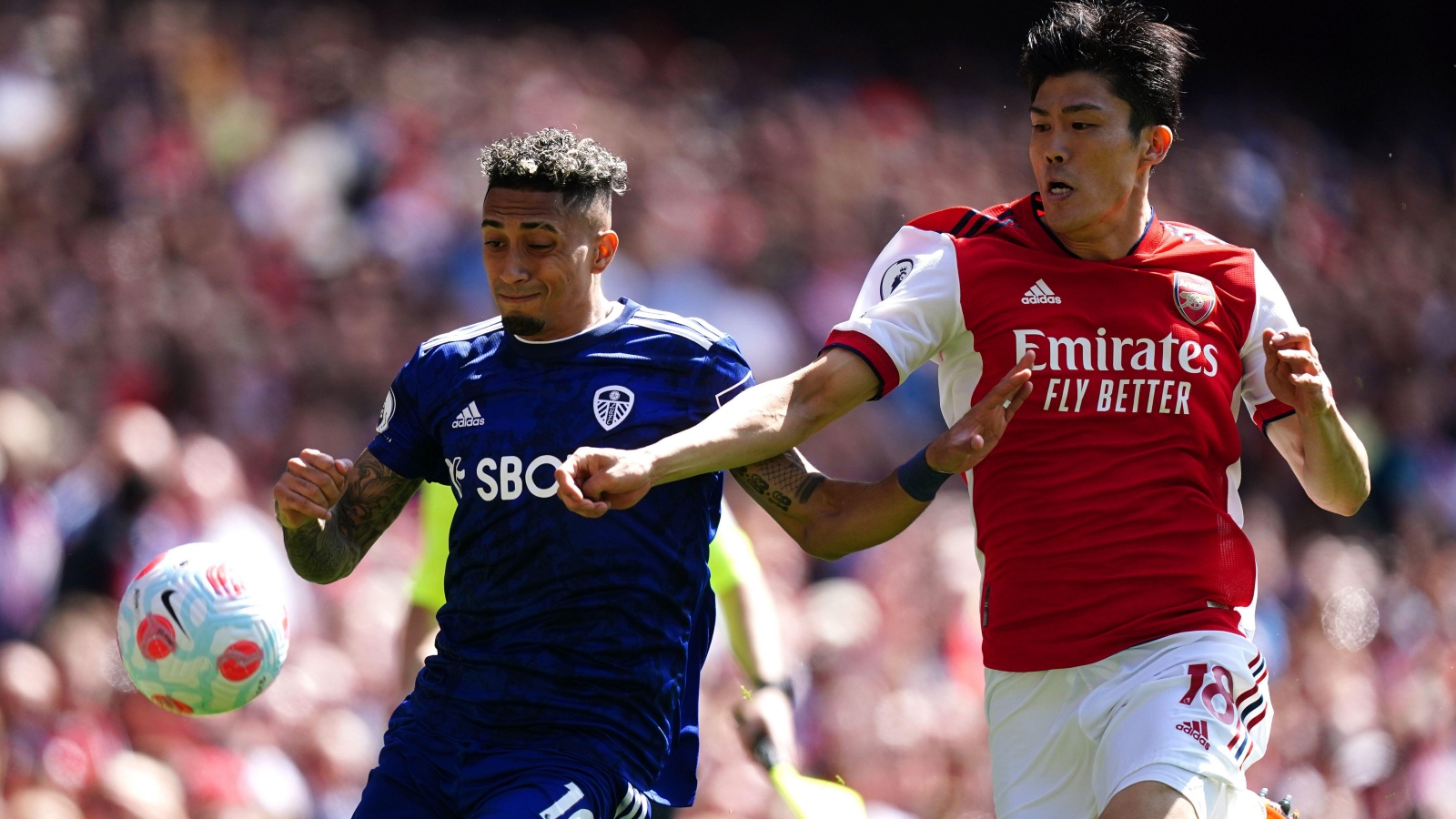 Arsenal are ‘set to make a bid’ for Leeds United’s’ £50m-rated’ winger Raphinha, according to reports.

Earlier on Monday, Goal claimed that Raphinha was fed up waiting on Barcelona to make an offer after agreeing personal terms over a switch to the Nou Camp.

The report stated that Arsenal are in the ‘lead’ to sign the Brazilian and could close a deal ‘this week’. It is believed the player will cost £50m, however, Fabrizio Romano has reported that Leeds want £55m/64m.

And now The Times have claimed that the Yorkshire club are ‘expecting an approach from Arsenal’, with Tottenham, Chelsea and Barcelona also interested.

‘No official offers’ have been lodged for Raphinha despite ‘contact’ being made by Spurs and Barca.

The 25-year-old ‘favours a move to Barcelona’, however, the La Liga giants need to offload one or two players before they can make a bid. Frenkie de Jong is a top target for Manchester United and his sale could greatly benefit them in the summer transfer window.

Leeds want ‘more than £50m’ for Raphinha, who scored 11 goals in the Premier League last term.

▫️ Barcelona agreed personal terms with Raphinha, but no agreement on fee with Leeds.

▫️ Arsenal are in direct negotiations with Leeds, interested since March.

▫️ Both Chelsea & Tottenham have been in contact too.

Spurs and Chelsea’s pursuits are strengthened by the winger’s desire to play in the Champions League, something Arsenal can not offer.

However, the Gunners appear to be leading the race as things stand and technical director Edu is believed to have held meetings with Raphinha’s agent, Deco.

Mikel Arteta and Edu are eager to wrap up the club’s summer business swiftly and have already agreed a deal to sign Porto midfielder Fabio Vieira for £34m.

Interest in Raphinha is no surprise given the impact he has had on Leeds since joining for £17m from Rennes upon the club’s return to the Premier League in 2020.

In his first season he scored six and assisted nine as his side finished ninth in the league. Last term, the Brazil international had three assists to go alongside his 11 goals.

He made his debut for his country in 2021 and is now a regular in Tite’s squad.