Home F365 Features Prick of the Week No. 15: Leeds Twitter and the Carney Code 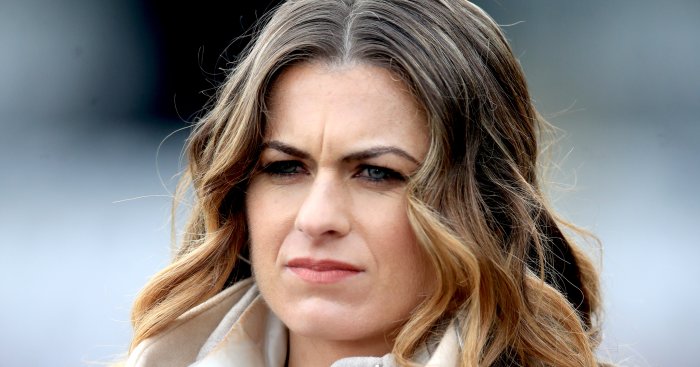 Yet another week spent fretting over the fact we’d shot our Mourinho bolt far, far too early until right at the last up pops Leeds’ Twitter account to celebrate a 5-0 win by inviting a misogynist pile-on on a female pundit.

So who’s this week’s prick then?
Leeds Twitter for unnecessarily inviting a pile-on that anyone with any working knowledge of social media knew would be deeply unpleasant, and the Leeds fans that subsequently proved that to be the case. Up to and including the club’s chairman, which is quite something really.

What have they done?
Got the absolute arse with Amazon pundit and 144-cap England international Karen Carney for saying mean things about them. They tweeted this to their 644,000 followers…

🤔 “Promoted because of Covid”
🙂 Won the league by 10 points
👋 Hi @primevideosport pic.twitter.com/Ctz18sksZA

Now, there are a few things to cover with this. First, does it matter that Carney is a woman? Yes and no. No, because an official club account shouldn’t really be singling out and targeting pundits for criticism and abuse anyway – that’s our job. It’s cute when we do it. We’re punching up, not down. It is, in fairness, worth noting that the tweet was not out of character for the Leeds social #brand. But yes, it also does matter that the pundit in question is Carney, because it dramatically changes the response to the tweet in entirely predictable ways.

Of course we all enjoy pointing out when, say, Tim Sherwood says something arse-crunchingly thick. Now we’d still suggest an official club account should steer clear of taking him publicly to task, but you can also be fairly confident that if a club did tweet about Sherwood it wouldn’t lead to responses saying this is why men shouldn’t be allowed to talk about football, that men make useless pundits, that employing a man like Sherwood is simply political correctness gone mad, that it’s box-ticking, and that he should stay in the kitchen where he belongs. It’s Tim Sherwood and it’s Twitter, so there definitely would be some personal abuse in there to be fair – which is why it’s a bad idea for a club to get involved in this sort of caper full stop – but even with someone like Sherwood it would be a minuscule amount compared to that Literally Any Woman would suffer for the same ‘crime’.

Also, and this is really beside the point, Carney’s overall point wasn’t even that unreasonable – and actually started with praise for Leeds.

“They outrun everyone and credit to them. My only concern would be: would they blow up at the end of the season?’ We saw that in the last couple of seasons and I actually think they got promoted because of Covid in terms of it gave them a bit of respite. I don’t know whether they would have gone up if they didn’t have that break.”

Now “promoted because of Covid” is definitely too strong, but pundits overstate their position all the time without suffering this kind of attack. The rest of it is entirely routine punditry, and the section after “promoted because of Covid” actually serves to soften the overall stance. “I don’t know whether they would have gone up if they didn’t have that break,” is pretty fair analysis. Bielsa’s sides – especially Bielsa’s Leeds sides – do have a history of running out of puff at the end of the season.

But really, the validity of Carney’s argument is neither here nor there. The pile-on was inevitable and utterly avoidable.

And as one final, final point about how prickishly unnecessary it all was, Leeds have had overwhelmingly positive coverage this season. Even when losing 6-2 to their bitterest rivals. Neutrals and journalists love them, and the PFMs who don’t are routinely mocked and shouted down without the club having to get involved at all. The siege mentality element of Leeds’ approach to this is just totally unnecessary even without the childish (sometimes the title of this feature is a curse as well as a blessing) thin-skinnedness of it all. Especially when it diverts attention from the 5-0 win that really should be all anyone connected with Leeds wants to talk about because they were f***ing brilliant. You pricks.

Mitigation?
Carney absolutely overplayed her hand, but really it was tish and fipsy. A mad thing to get upset about after a thumpingly good win. The only mitigation is that this, as already mentioned,  is an established approach from Leeds. Still don’t think it’s a good one, mind.

So what happens next?
You never know, having a pop at Lady Pundits might win round some of the PFMs. Manager’s suspiciously foreign, but at least they aren’t afraid to put women in their place. Swings and roundabouts.

Mourinho Corner
Set up his team to defend a 1-0 lead, again, and then when they failed, again, criticised the players for not scoring more goals. This was just a few days after publicly criticising man-of-the-match Dele Alli for taking a risk in trying to create chances for more goals when Spurs were 1-0 up at Stoke in the Carabao Cup. Continues to solidify his brand as Instagram’s sulkiest and sarkiest 57-year-old teenager.

Tough times, my heart goes out to him. #GiveFootballManagersNursesWages pic.twitter.com/YdP3Z5nZja