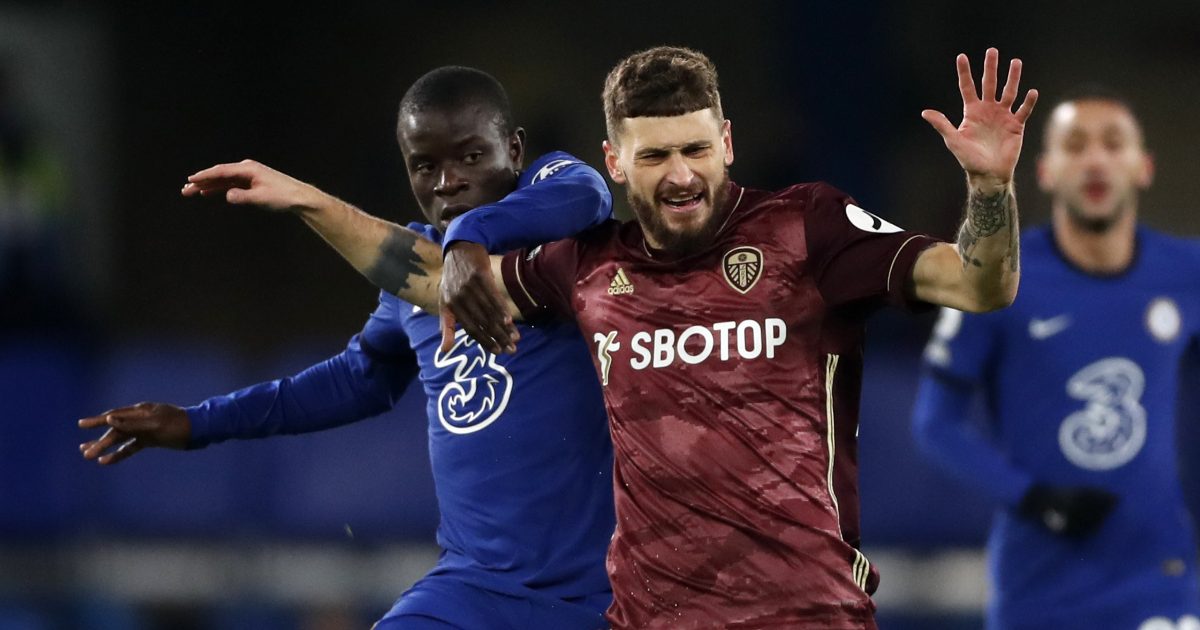 Leeds United star Mateusz Klich has suggested that N’Golo Kante is “one of the best defensive midfielders” in the world at the moment.

Kante has been in fine form for Chelsea this season. He was key as they won the 2020/21 Champions League as he was named man of the match in the final against Manchester City.

Leeds midfielder Klich came up against Kante in the top flight this season. Marcelo Bielsa’s side were beaten 3-1 at Stamford Bridge in December before the sides drew 0-0 at Elland Road in March.

Klich told Sportowe Fakty that the Frenchman is “difficult” to play against:

“For sure, N’Golo Kante is one of the best defensive midfielders,” Leeds star Klich said. “With our one-on-one style of play, I already know who I’m going to run for before the game.

“Running after him, you could see that he was doing everything. He is a player who shows up out of nowhere and is difficult to play against. For sure, Kante would be in such top-three midfielders [in the Premier League].

“Kevin De Bruyne would be in the top-three. And it’s hard to say who is third, because there are many good players in the Premier League. The third one seems to be me.”

Elsewhere, Martin Keown has named Chelsea’s Kante as the best defensive midfielder in the world:

“Right now, there is not a finer defensive midfielder in the world than the all-action Kante.

“I was blessed to play behind Patrick Vieira and Gilberto Silva. Those players provide you with pure protection and you feel safer with them in front of you. Kante gives that to this Chelsea defence.

“He is, quite simply, one of the game’s greats.

“Is he the best ever? That is hard to say. You could definitely make a case.”