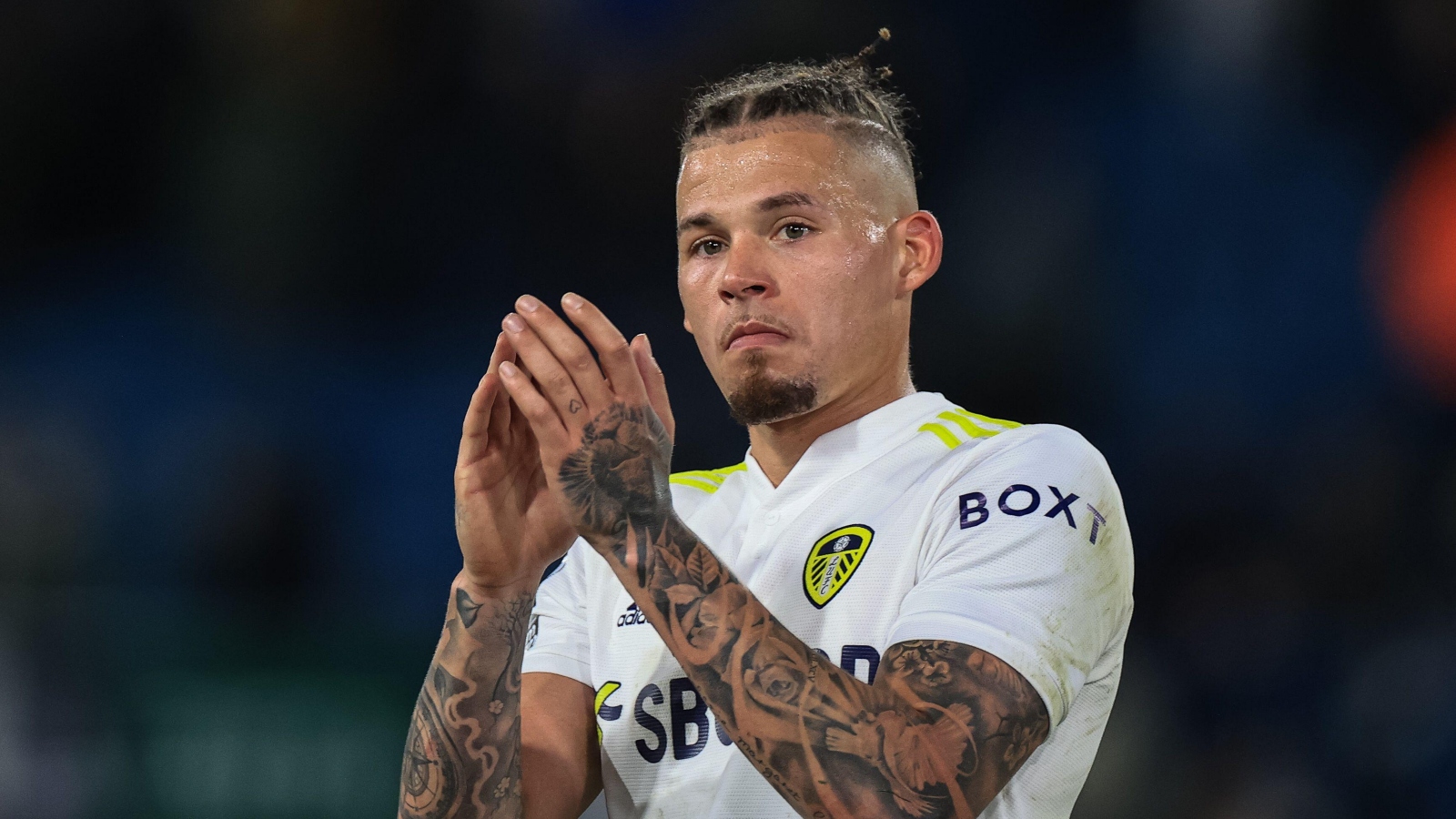 According to reports, Kalvin Phillips is ‘planning to quit’ Leeds United this summer with Manchester United and Aston Villa interested.

Phillips has been superb for the Yorkshire club in recent years, helping his team to promotion from the Championship in 2019/20.

Leeds have endured a tough 21/22 campaign, however, and are currently in the bottom three with two Premier League games remaining.

According to Football Insider, the Whites’ top-flight fate will not affect Phillips’ decision as he plans to leave this summer regardless of what happens.

The report claims that the England midfielder will ‘quit the club’ even if they avoid relegation.

Aston Villa are ‘lining up’ a move for the player and have been ‘given encouragement’ as he believes this summer ‘could be the right time to move’.

Phillips has not signed a new contract despite opening talks last September. His current deal expires in 2024.

Kalvin Phillips stayed behind until 11.30pm after last night’s 3-0 defeat to sign autographs and take photos with fans 💙💛 pic.twitter.com/amaQID7Kto

Speaking about his future at Elland Road, Phillips recently told Sky Sports: “Speculation on my future don’t really bother me. I’ve always said that I’m Leeds through and through, I wanna be at Leeds and I’m focused on keeping this club in Premier League.”

The Athletic reported last month that Manchester United are exploring a £50m move but have made no direct contact with their Premier League rivals.

Speaking last September, Marcelo Bielsa – who was sacked by Leeds in February – hinted that there is no way Phillips would make the switch to arch-rivals United.

Bielsa told the media: “I’m sure the day he leaves Leeds and the way that he does it, far from provoking disappointment – of course it will generate disappointment – but it’s going to solidify his link to the club, the people and the city.

“I’m sure he would only leave if it’s guaranteed that the link to the place where he was born remains intact. He will know how to do it.”