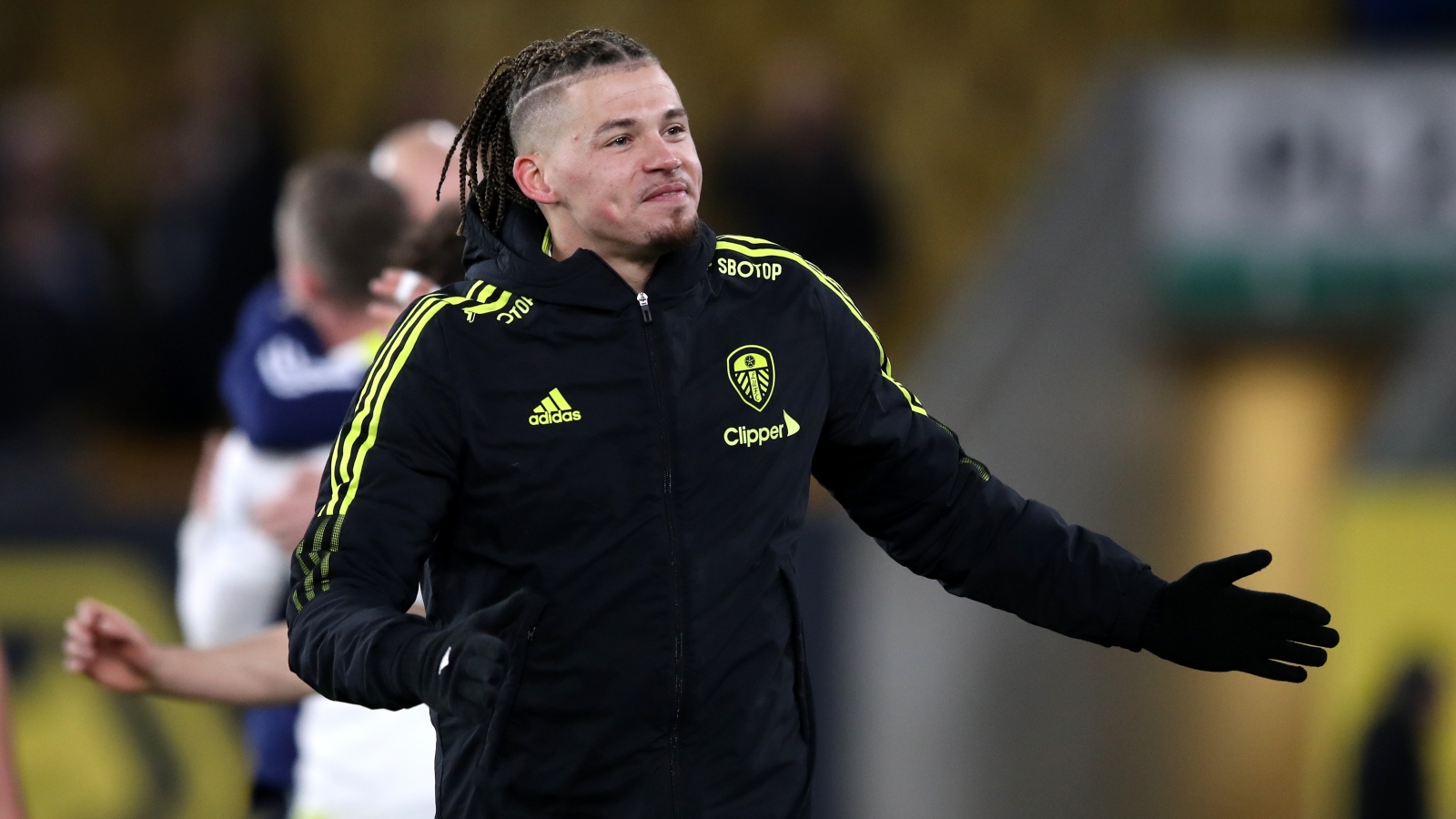 Phillips has been linked with a move away from Elland Road after a poor season for Leeds this campaign.

Mailbox: How best to protest greed and human-rights abuses in Qatar…

Aston Villa are thought to be interested in the midfielder an a number of other sides have been linked with the England international.

Now, former Villa boss Sherwood has admitted that whilst Phillips wouldn’t play for the likes of Liverpool or Manchester City, he would improve Arsenal and Man Utd.

Speaking on The Kelly and Wrighty Show, Sherwood said: “If you cut him in half he bleeds white. He really cares about that football club.

“Will he leave for money? I don’t think he’s that type of player. I think he will want trophies though and he will want to continue playing every week to stay in that England team.

“If he goes to Man City or Liverpool, he doesn’t play for them. Man United he certainly does, he improves them and Arsenal.

“I think Kalvin Phillips has another year there [at Leeds] because it will be tough for him to leave.”

Arsenal legend Ian Wright claimed that a number of teams are in need of a player like Phillips, but he doesn’t see him leaving the Yorkshire clubs just yet.

“He became integral to that England squad. There’s a lot of big teams that need a player playing in that position.

“Phillips does it very, very well. Depending on how he comes back, he’s going to have a decision to make because he’s a very, very good player and teams will want him.

“He doesn’t strike me as a player who wants to play for a club who are just above the relegation zone. He will want to win things.

“Leeds will have to match that and put things in place so that the team is doing something. But I can’t see Phillips going right now.”