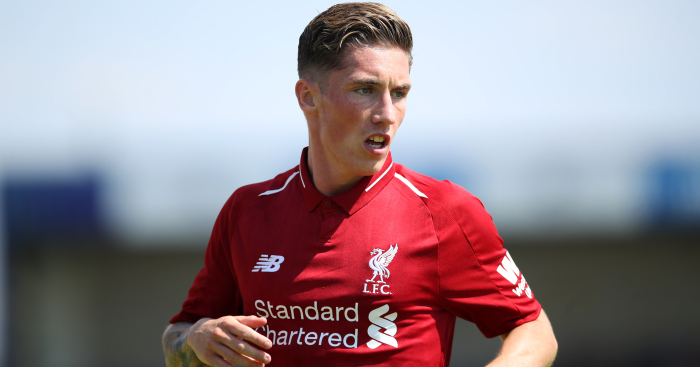 Leeds are preparing a £15 million offer for Liverpool’s Welsh international Harry Wilson, according to The Sun.

Wilson is back at Anfield after a season-long loan spell at relegated Bournemouth.

His situation is being monitored by Leeds, as well as fellow Premier League clubs Aston Villa and Newcastle.

He scored seven goals in 31 league games for the Cherries last term. Despite this being a relatively low number for such a promising player, Wilson was still Bournemouth’s second highest goalscorer.

The 23-year-old is seen as a good talent by Liverpool boss Jurgen Klopp, although he faces a hard battle to get into such a strong first-team.

Sadio Mane, Mohamed Salah and Alex Oxlade-Chamberlain are all ahead of Wilson in the pecking order.

Wilson was on offer for around £30m last summer after an impressive campaign with Frank Lampard’s Derby County. He scored 16 goals and assisted four as the side finished sixth in the Championship.

However, a disappointing season at Bournemouth has seen his value decrease. And Leeds could now swoop in to get the player for a reduced price.

Leeds boss Marco Bielsa is believed to be an admirer of the player and wants him to prove himself in the Premier League at Elland Road.

Wilson would help to bolster Bielsa’s attacking options and could link up well with top scorer Patrick Bamford, who scored 16 goals last term.

Alternatively, Aston Villa and Newcastle could emerge as rivals for Wilson’s signature.

If Villa were to lose club captain Jack Grealish this summer to either Man Utd or Arsenal, they could use some of the funds to sign Wilson. His creativity would help to fill some of the void left by a departing Grealish.

Newcastle are in the running but have been held back by their failed takeover. Manager Steve Bruce is now utilising reduced funds to strengthen his squad.