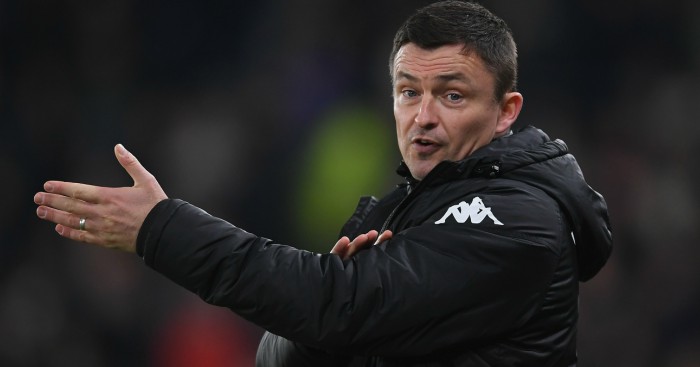 The Sky Bet Championship club’s controversial plans to play two games in Yangon and Mandalay early next month have been met with fierce criticism.

Shadow sports minister Dr Rosena Allin-Khan, Amnesty International and a large numbers of Leeds fans have urged the club to cancel the trip.

Myanmar’s governing regime has been accused of ethnic cleansing of Rohingya Muslims, while Leeds’ critics have branded the tour as “morally corrupt”.

The media attending Leeds’ press conference for Saturday’s game at Norwich were told the club would not be commenting on the ethical issues surrounding the tour.

But Heckingbottom admitted his players had raised health and safety concerns, including over the Zika virus, which has affected Mynamar.

“Yes that’s one of the things, one of many, that obviously we’re looking into,” Heckingbottom said. “There’s that, plus a lot more that we have to be careful about and get fears put to bed.

“You can imagine as soon as the trip was announced, players, staff, people who might think they’re going, straight on the internet, (thinking) ‘what are we going to face?’

“They probably didn’t sleep that night, but it’s never as bad as you think. But we have to take all the precautions necessary as a club to make sure everything’s OK.”

Heckingbottom said his squad would get little benefit in playing terms from games against an All-Star XI in Yangon on May 9 and Myanmar’s national team in Mandalay on May 11 due to the extensive travel required.

But the former Barnsley boss said his players would enjoy the experience, while his only personal concerns were the long flights.

He said he had yet to speak to individual players over their possible misgivings about the trip.

“It’s our job,” he said. “We’re professional people. Would they have been happy if it was in Ibiza in a tournament? It’s a job, it’s what you have to do.

“The players might have concerns and we have to put them to rest and make sure they’re comfortable with everything that’s going on.

“If there are concerns, they have to be legitimate concerns and then there have to be things put in place to alleviate them.”

Leeds owner Andrea Radrizzani, whose companies Aser and Eleven Sports have business partnerships in the region, said the club would not receive any payment to play in Myanmar.

Leeds will also be holding football clinics with the Myanmar Football Federation Academies in Yangon and Mandalay.