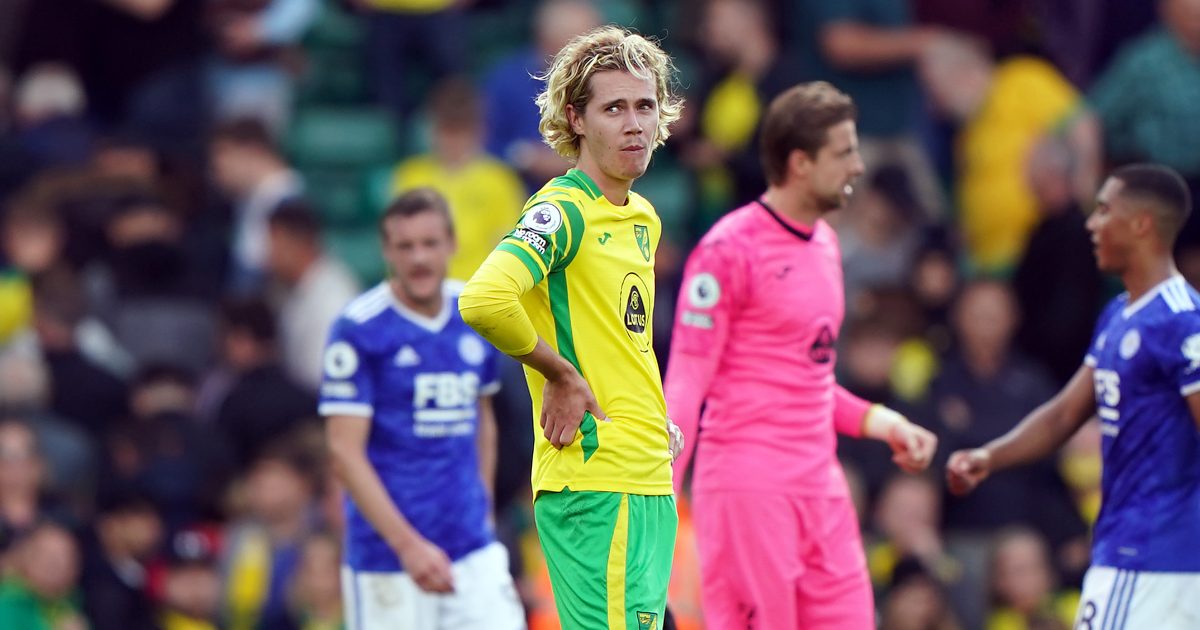 Leeds United are plotting a “cut-price” deal to sign Norwich City attacker Todd Cantwell with his contract expiring next year, according to reports.

The 23-year-old has been a regular for Norwich since the 2018/19 season. He has been a standout for them over the past few seasons.

Cantwell was involved in eight goals as Norwich were relegated from the Premier League in 2019/20.

The attacker grabbed six goals and six assists last term as Norwich earned promotion straight back to the top flight.

Leeds were linked with Cantwell during the summer transfer window. As cited by Leeds Live, Sky Sports reporter Dharmesh Sheth stated that the midfielder was valued at around £40m before the 2021/22 season.

“I am told it would take a significant offer for Norwich to even consider a sale for Cantwell in this transfer window.

“I have heard figures upward of £40 and £50million before Norwich would consider a sale of Cantwell.”

Leeds Live are now reporting that Marcelo Bielsa’s side may negotiate a “cut-price” deal for Cantwell. This is with his Norwich contract being due to expire at the end of the 2021/22 campaign.

Elsewhere, Raphinha has made a strong start to the season for Leeds United. He has scored three times from his seven outings in the league this term.

During the international break, he impressed for Brazil as he netted twice for them. He has been linked with a move to Liverpool in recent months.

Steve McManaman has suggested that he cannot see the winger joining Liverpool during the winter transfer window:

“He’s a really good player and he’s been scoring recently for Brazil. But I expect him to see out the season with Leeds.”