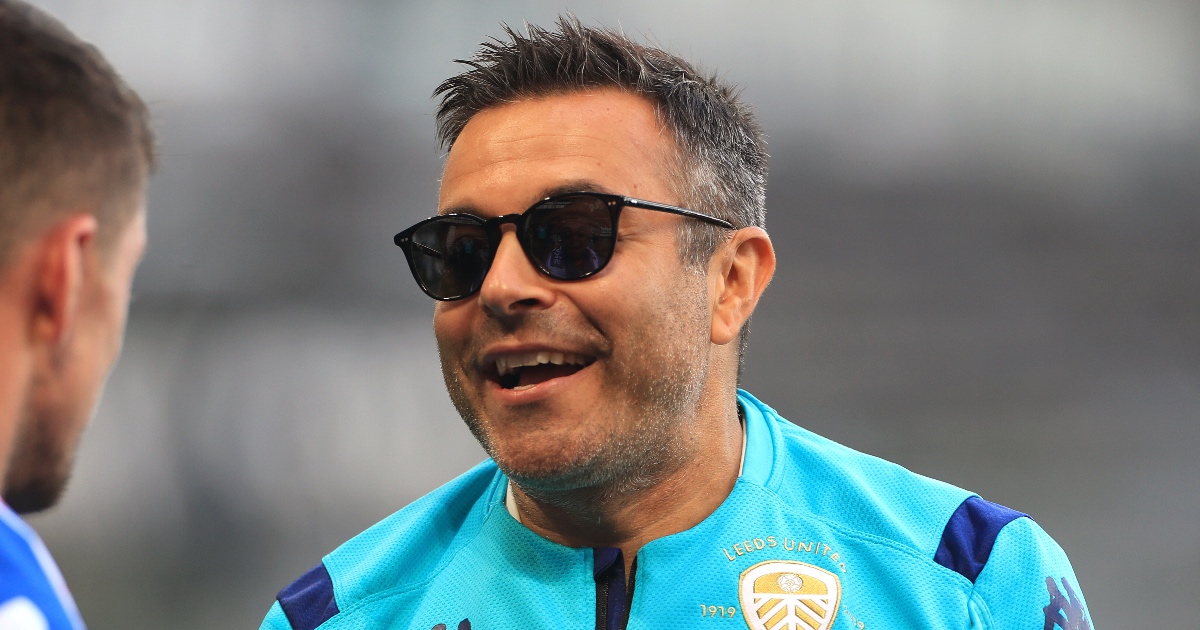 Leeds chairman Andrea Radrizzani believes his club can be challenging for a place in the Premier League top six next season if they avoid relegation this term.

United, in their second campaign back in the top flight, have had a tough start to the season, picking up 10 points from their opening 10 games.

But Radrizzani says the partnership with the San Francisco 49ers, who own 37 per cent of the club, can be fundamental in helping Leeds try and force way their back towards the top of the English game.

“Now we are partnered with 49ers, this is fundamentally very important because it will be very difficult to stay in the Premier League, but if we stay in it this year I think we can go much more than last year and go into the top six,” the Italian said at the Web Summit event in Lisbon.

“Start to renovate the stadium and continue to grow the value of this club.”

After finishing ninth last term, Leeds appear to be suffering from ‘second season syndrome’, with only wins over Watford and Norwich in the opening quarter of the season.

“When I picked Marcelo Bielsa I knew it would come with challenges, but we support him unconditionally and I think the result has been seen on the pitch,” he added.

“Also for himself, this has been the longest spell of his career as a coach, with Leeds United because as a club we supported him unconditionally.”

After taking over the club in 2017, Radrizzani took the poisoned chalice of trying to oversee Leeds’ return to the top flight after over 15 years away.

It was mission complete in 2020 and Radrizzani says it was a “great bet” to take on the Yorkshire club.

“Leeds United like Eleven and other business in my life are always a challenge,” he said.

“All my life I have been seen as an underdog, people didn’t give me credit. It happened with Leeds United, people said it would crash, he has never done football before, he will lose money.

“Aser (global investment company of which Radrizzani is the chair) invested about £100million in buying and rebuilding the club from the Championship. We are now in the Premier League, we have a lot of international, not only in the first team.

“We have completely turned around the club and the value is now probably four times higher.

“It was a good investment, a great bet and a good challenge. We always come with rationale, people think I am crazy but there is always a rationale because we know with the right people and the right management and a right plan, give the time to flourish the project we could achieve the right result. That’s what we did.”