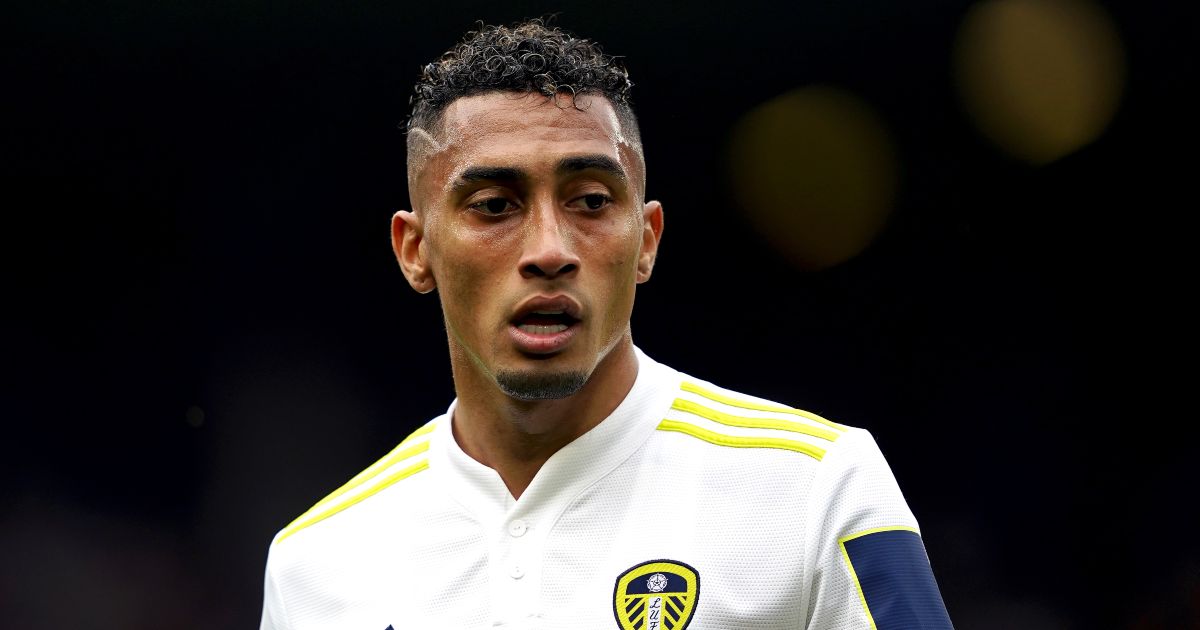 Leeds United star Raphinha says he hopes to play in the Champions League soon amid links to Liverpool – but he claims would like to do that with the Yorkshire club.

The Brazil international signed for Leeds from Ligue 1 side Rennes for a fee in the region of £17m in October 2020 in what proved to be one of the bargains of the season.

He provided six goals and nine assists in 30 Premier League appearances for Leeds last term and has started off brilliantly again this time around with five goals in his first ten matches.

But his reputation has really shot up recently with two goals in his first four matches for the Brazil national team after being called up for the first time this year.

His form for Leeds and Brazil has seen reports linking him with a move to Liverpool and Raphinha’s agent recently confirmed that the Reds “do like” his client.

But Raphinha says he is very happy with Leeds despite the speculation he could leave for Liverpool and he is grateful to be working under Marcelo Bielsa.

“From my first days at the club, I already saw how special Bielsa was,” Raphinha told Spanish news outlet AS. “He’s a guy who works a lot, who knows a lot about football.

“He’s the typical professional who dedicates 100% of his time to the institution that he represents and we are very lucky that he’s our coach.

“He knows how to get the most out of each one of us. This makes us raise our level.”

Former Liverpool defender Jose Enrique urged the Reds to sign Raphinha back in May, he said: “Hopefully we can sign him, it will be a great addition for our squad.”

And Brazilian great Rivaldo has also told Raphinha he should join Liverpool, he said in October: “Raphinha performed well on his debut for Brazil, but he was already shining in the Premier League with Leeds United and there are rumours of interest from Liverpool.

“If he were to make the move, he may not be a regular starter, but I’m sure it would be a big step in his career.

“It would allow him to compete for titles and play in the Champions League which could be crucial for more call ups into the Brazilian national team.

“He has the quality to play for a bigger club. He is playing excellent football and a player always wants more and stronger challenges, so he would benefit from a transfer.”