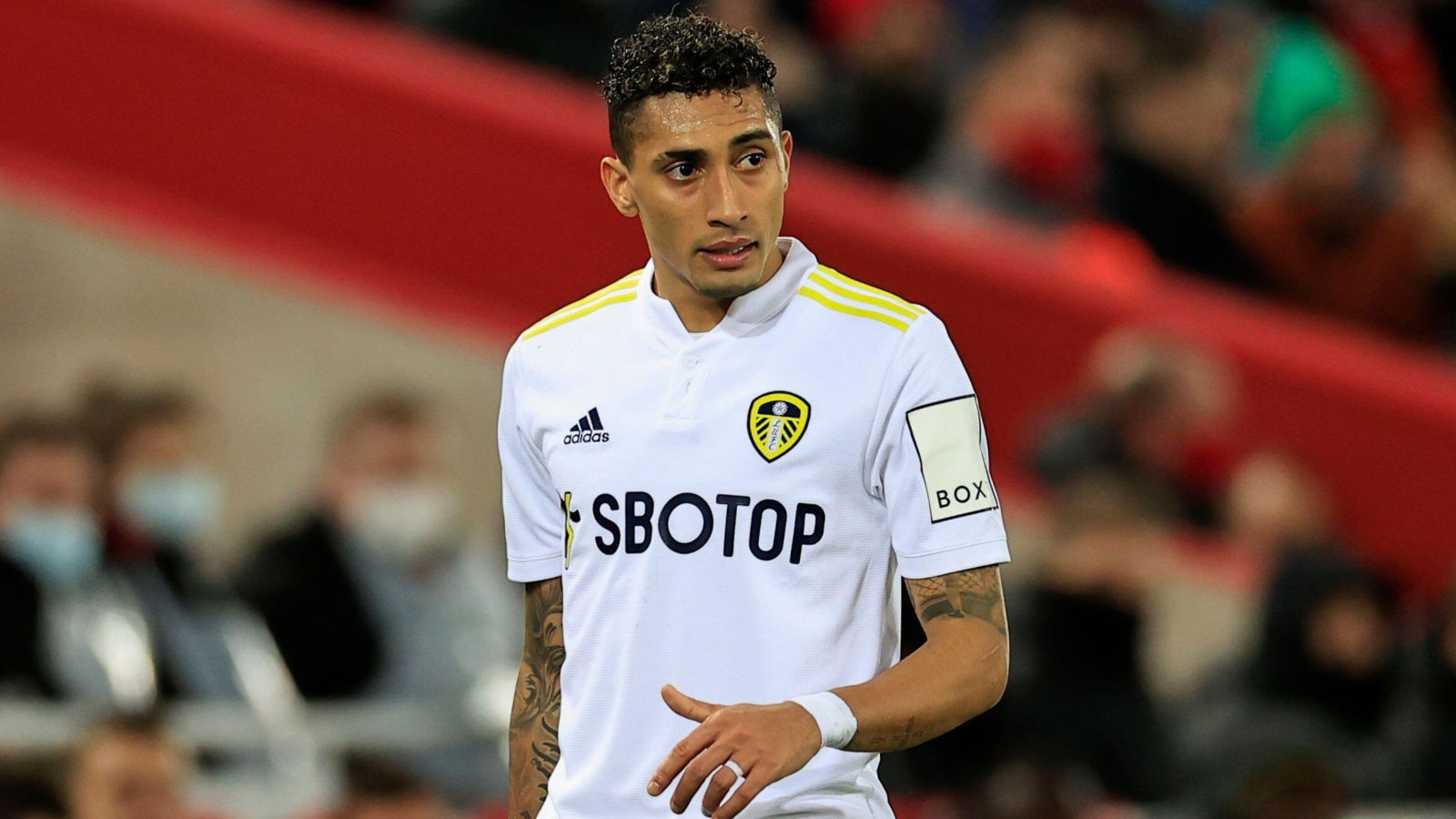 Leeds United attacker Raphinha rejected an offer from Newcastle United with Barcelona finally closing in on a deal, according to reports.

The Brazil international has been one of the main talking points of the summer transfer window so far with a host of Premier League clubs chasing his signature, as well as interest from Barcelona.

Arsenal looked to be leading the race to sign him at one point with the north Londoners the only club bidding for his services before Chelsea met the Yorkshire club’s asking price last week.

However, it has become clear in recent days that Raphinha has no desire to move anywhere except Barcelona with the Catalan giants’ finances proving the main stumbling block over a potential deal.

There are now reports from Spanish journalist Gerard Moreno that Barcelona are ‘about to close the deal’ with Leeds for Raphinha with the two clubs set to agree a €60m transfer.

It is understood that Barcelona have agreed to pay Raphinha ‘a salary of €6m net per season’ and Moreno adds that ‘in recent days’ the Brazilian ‘turned down an offer from Newcastle’.

Transfer expert Fabrizio Romano has still not confirmed that the two clubs have an agreement but has always maintained that Raphinha has had a five-year deal ‘ready since March’ at Barcelona.

Raphinha, hoping for Barcelona move with 5 year deal ready since March – no final answer sent to Chelsea yet, waiting for Barça. 🇧🇷 #FCB

Leeds insist they only accepted Chelsea bid for £60m, as of now. pic.twitter.com/Q3NAuW4FUA

With Kalvin Phillips also set to leave Leeds to move to Manchester City this summer, former Premier League striker Gabby Agbonlahor has them down as one of the favourites for relegation.

Speaking to Football Insider, Agbonlahor said: “Leeds are in big trouble. Leeds are my favourites to go down next season with Bournemouth and Fulham.

“You cannot afford to lose your two best players. Leeds play better with Phillips in the side and they struggled last season when he was not available. Now they are letting him go for a really cheap price. They should be getting at least £70million for him, he’s that good. I rate him highly.

“His passing, the way he wins the ball back and at the Euros he was outstanding. So that’s a massive loss. Then you can’t lose Raphinha, everything goes through him. He’s the bright spark in that attack. He’s lively, can score goals, can dribble. For me, he’s one of the best wingers in the Premier League.

“If the price is £55million, that’s a steal as well with some of the prices that are going around for players. Raphinha for £55million is a great price for Chelsea. Leeds, for me, will be one of my favourites to go down next season.”