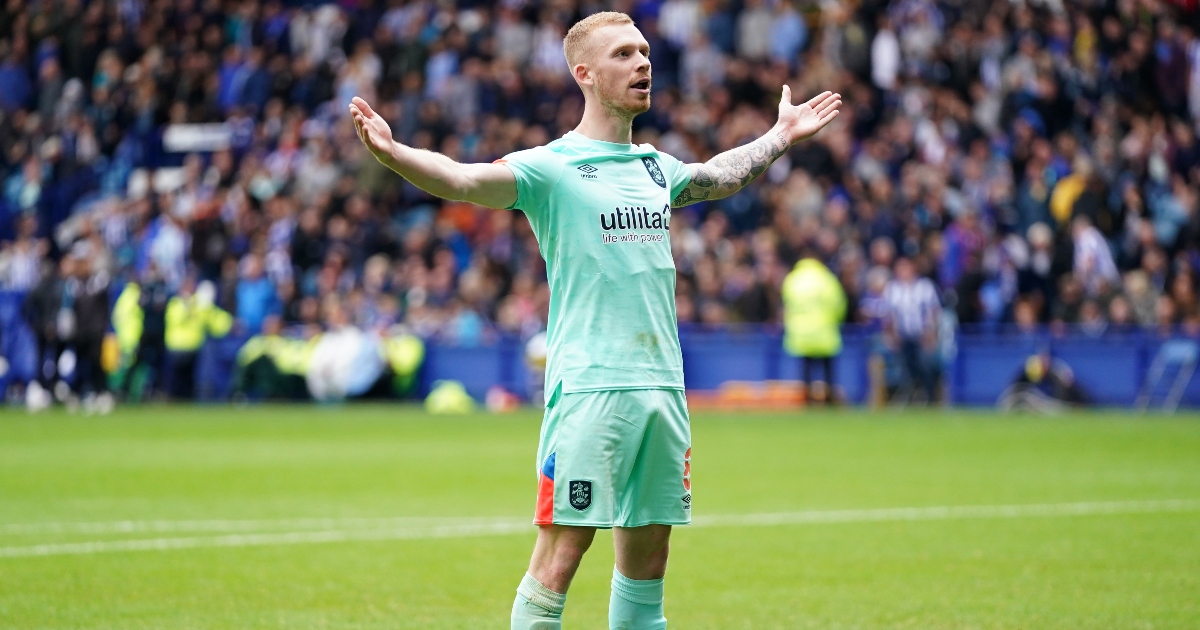 Leeds United are preparing to submit an improved bid for Huddersfield Town midfielder Lewis O’Brien, according to reports.

The Whites had an opening bid rejected by the Championship club, which is believed to have been around £3million.

Swiftly dismissing the offer as ‘derisory’, the Terriers will be holding out for a much higher fee.

Despite O’Brien’s contract expiring next year, Huddersfield want £10m for the 22-year-old.

The midfielder is a key player for Carlos Corberan so it is understandable that they want a decent fee for his sale.

Corberan confirmed earlier this week that there was interest in O’Brien and did not deny that Leeds had made an offer.

O’Brien is reportedly keen on a move to Elland Road but is unlikely to aggressively push for an exit out of the club he has been with since Under 11’s level.

A ‘significant’ new bid is to be submitted by Leeds, however, according to Football Insider.

Elsewhere, Noel Whelan has backed Rodrigo to be “crucial” for Marcelo Bielsa in 2021/22 after a “stop-start” debut season.

Prior to his move to England, Rodrigo had spent most of his career with Valencia in La Liga. He joined them in 2014 from Benfica and he featured 220 times for them up until the end of the 2019/20 campaign.

Bielsa‘s side splashed out a club-record fee of £27m to sign the forward ahead of their return to the Premier League.

Rodrigo struggled to hit the ground running for Leeds in the English top flight. He was involved in nine goals from his 26 outings in his debut season.

Whelan was asked about the forward during an interview with Football Insider. He believes that everything that Rodrigo does is “class”:

“I think everyone’s got that expectation on Rodrigo that this is his season.

“Hopefully he starts the season and carries it on free of injury. Last year was a very stop-start season for him.

“I think we could see during those periods at the beginning, when he first came into the side, and especially at the end what a crucial player he’s going to be for Leeds United and why we brought him in to the club.

“His composure on the ball, his composure in front of goal, his cleverness with the assists and linking up play. I think everything about him says: ‘Class’.”