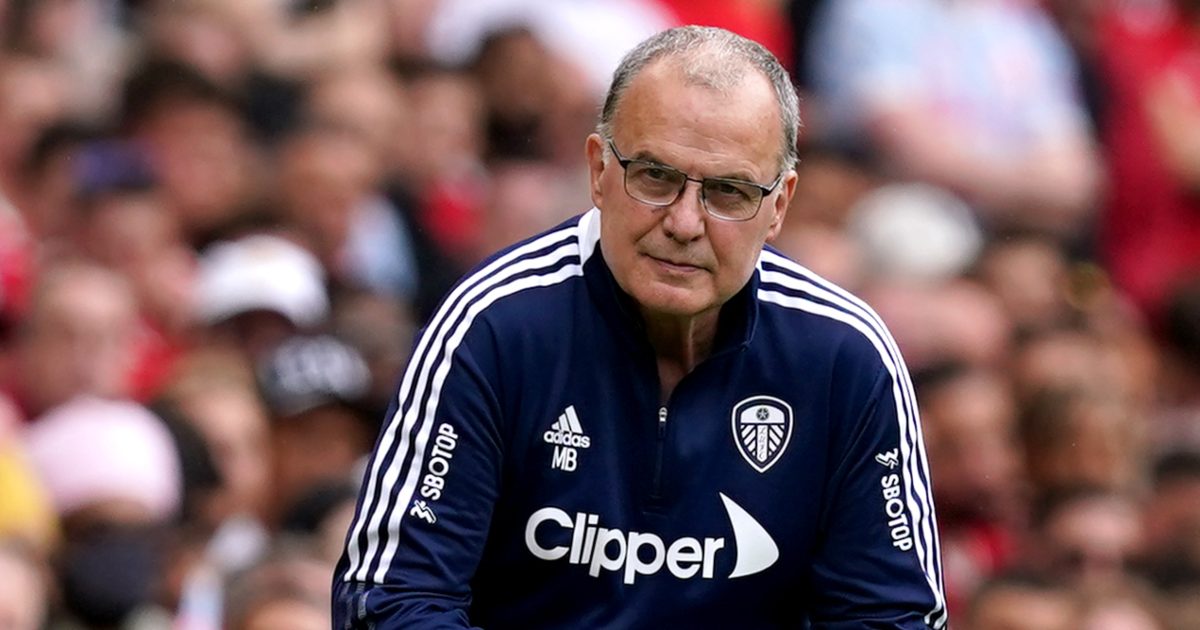 Marcelo Bielsa did not emulate Brian Clough so he will have to make way at Leeds, according to Stan Collymore.

No news is bad news
This made Mediawatch laugh a great deal. We learn from Paul Jiggins (of ‘Kane’s departure is now inevitable’ fame) on the actual back page of The Sun that ‘HARRY KANE’S Tottenham team-mates say they would have no problem welcoming him back’.

Today’s breaking news: Man’s friends do not call him a c*** when invited to do so by a tabloid reporter.

The Pog days are not over
Mediawatch has long documented Neil Custis’ campaign to get Paul Pogba out of Manchester United through a series of Sun exclusives.

‘It is the beginning of the end for Paul Pogba at Manchester United after latest collision with Jose Mourinho’ – Neil Custis, The Sun, September 2018.

‘PAUL POGBA’S Manchester United career is over with both player and club desperate for a parting of the ways’ – Neil Custis and Richard Moriarty, The Sun, January 2020.

‘PAUL POGBA has been given the green light to leave Manchester United’ – Neil Custis, The Sun, February 2020.

‘PAUL POGBA’S Manchester United career is over. Despite suggestions that a peace deal is being made, both sides want a splitting of the ways’ – Neil Custis, The Sun, March 2020.

And now Custis has teamed up with Charlie Wyett to tell us – exclusively, of course – that Ole Gunnar Solskjaer ‘is also confident of tying Paul Pogba down to a long-term deal after his stunning start to the season’.

Wouldn’t it be nice if that long-term deal was signed on the three-year anniversary of the ‘beginning of the end for Paul Pogba at Manchester United’?

Babe Ruthless
The Daily Mirror also bring us the shock news that Davinson Sanchez did not call Harry Kane a ‘c***’ when invited to do so, but they also tell us that ‘JAMES RODRIGUEZ could lead an exodus of Everton high earners this month as Rafa Benitez looks to bring in his own signings’.

Well he could. But the best of British luck trying to find a club to pay his Champions League-sized wages. You can call him ‘Ruthless Rafa’ all you want – and it is really lovely PR – but it’s all just the hottest of air until James (and Moise Kean, Andre Gomes and Yerry Mina) have new clubs and Everton are not still paying the bulk of their wages.

Monthlies
In the inside pages of the Daily Mirror, John Cross brings us the news that Mikel Arteta ‘will be told to carry on spending before window shuts…to avoid propping up the league at the end of August’, which is a very curious idea indeed. Do they not realise that the league campaign runs until May?

Crossy likes this theme and leans right into it, writing that there is a ‘very real fear of finishing August bottom of the Premier League’, like this was A Thing.

Pesky fact: Tottenham ended August bottom of the league ten years ago and finished the season in fourth. We suspect Arsenal might take that now.

Refusenik
But there is competition from Manchester City to be the tabloids’ first designated crisis club of the season, though the Daily Mirror tell us that Raheem Sterling is ‘refusing to worry’. So stubborn.

He probably remembers that City lost 2-0 to Tottenham just last November and went on to win the league title by 12 points. That kind of thing sticks in the memory.

‘DON’T worry, Pep – you just need to spend £160million on a new striker, despite having already bought Gabriel Jesus and Ferran Torres, and you’ll be a genius again.’

Pep Guardiola has just won the Premier League by 12 points without a £160million striker, which seems to have been forgotten by many, many people after one friendly and one Premier League game of the season.

But also, how dare he want a new striker after signing one four-and-a-half years ago? Greedy b***ard,

Genius edition two
The bulk of Stan Collymore’s column is about Marcelo Bielsa, a man he dislikes almost as much as Pep Guardiola. He particularly dislikes anybody calling him a ‘genius’ because the ‘man who always speaks his mind’ does not really like others speaking theirs.

‘Another season and already another set of excuses for Leeds under their untouchable manager, Marcelo Bielsa.’

This season has seen one game – one – and that was against the fourth-favourites for the title, at their full home ground. Manchester United have spent around £650m on new players over the last five years while Leeds have spent just £150m. It’s probably not the fixture to judge Leeds United or Bielsa.

‘Yes, we know several managers were inspired by his approach to fitness and being on the front foot as much as possible.

‘But he’s also on £8million a year and, for that, Leeds should be getting a manager whose side can attack and create but be pragmatic and defend when they need to as well.

First things first, Leeds United fans are quite happy with their Leeds United manager. They are more than happy that they were promoted and then finished a very credible ninth, playing some brilliant football. And that seems important. Probably more important than what Stan Collymore thinks.

‘Certainly, they should be getting someone who can offer more after a 5-1 defeat than, ‘We were better than the corresponding fixture last year’.’

Did Bielsa say that? Did he balls. This is what he actually said:

“It was difficult for us to recover the ball and difficult for us to create danger. The succession of goals after we equalised we could not react. In general, they were superior to us clearly. To have lost the way we lost can’t be described as just a blip.”

Another season and another set of excuses, eh?

Bielsa actually could have reasonably cited the absences of Kalvin Phillips and Diego Llorente but he did not, preferring instead to simply say that Leeds failed, which is pretty much the opposite of making excuses.

‘Call me old-fashioned, but surely if you’re a fan of a club of Leeds’s size then you want to see some upwardly mobile Premier League progress and not excuses for getting hammered again, because where’s the progress in that?’

‘Upwardly mobile Premier League progress’? They finished ninth in their first season back in the Premier League and amassed 59 points, the highest total of any promoted club in 20 years, which we can safely call ‘the modern era’ of high spending and high overseas investment.

And there has been just game of this season. One frigging game. Can we perhaps judge whether there has been progress when we are not comparing one game with 38?

‘The problem is, too many have drunk the Cool Aid and bought into the notion that Bielsa is so far ahead of other coaches that mere mortals will never quite understand his genius.’

It’s Kool-Aid, Stan. He thinks it’s a drink that helps you to be cool, doesn’t he?

‘But genius is signing Eric Cantona.

‘Genius is winning promotion and then winning the league or getting into Europe.’

Winning promotion and then winning the league seems a fair bar. After all, it has been done twice since the war and the last time was 43 years ago, so is definitely relevant here. How can Bielsa be a genius when he has not emulated Brian Clough in an entirely different footballing landscape? As for getting into Europe at the first attempt, Spurs fans will be happy to know that they have appointed a ‘genius’.

‘So even though I actually love the way the press and their high-intensity attack, I know that if you don’t address the defensive side then eventually someone at a club will say they need to find someone who will take them to the next level.’

So Leeds were the best promoted club of the last 20 years but they will sack Bielsa to bring in a more defensive-minded coach to breach the top six? Sorry but will they f***. The fans love him, the club loves him, the players love him.

‘Which means the fundamental question now at Elland Road has to be whether or not Bielsa is that man, or is there a manager who doesn’t sit on a box and who wants to live in a gated community rather than above a chiropractor’s who will give them a better chance?

‘The way things look right now, the answer to that is, ‘Yes’.’

At least we now know what Stan’s big problem is with Bielsa: he sits on a box (actually it’s a bucket) and does not live behind a gate. In other words, Stan doesn’t ‘get’ him.

Should Leeds appoint Frank Lampard instead? After all, it’s only seven months since we heard that he would definitely win the title with Chelsea if he were given the chance.