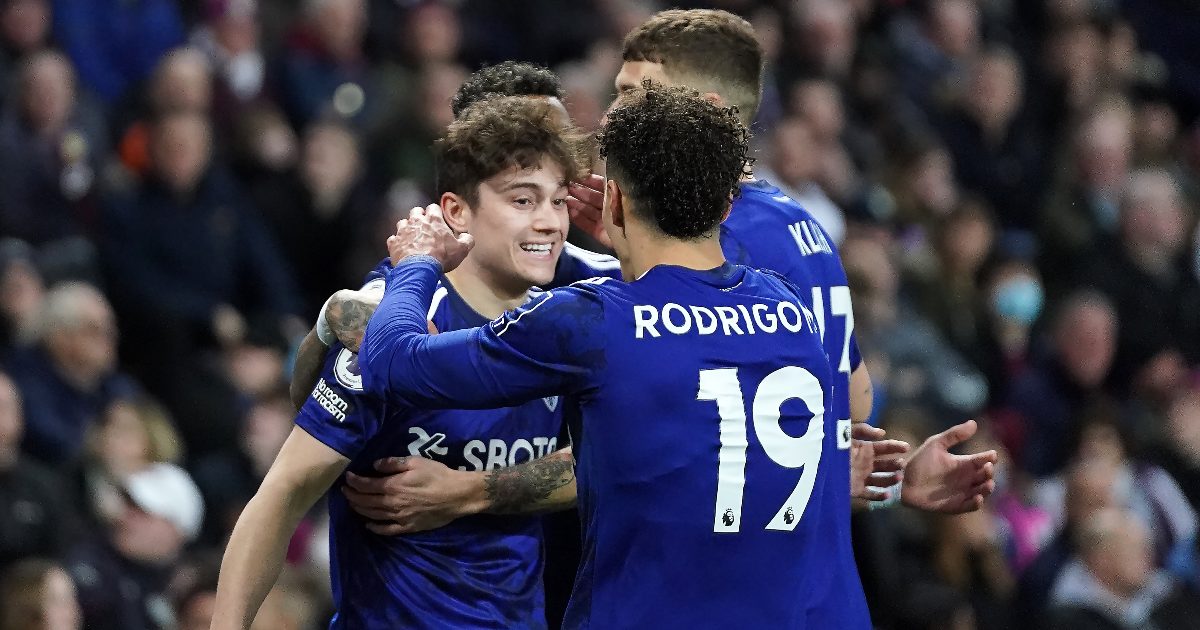 The Welshman scored a brace as Leeds drew 3-3 at Villa Park on Wednesday evening.

James also struck the bar as the West Yorkshire side fought back from 3-1 down to draw.

“We spoke about it the other day, I want to score more goals and get more assists, I have to keep believing and making those runs,” James told the club’s official site, with Leeds six points above the bottom three.

“I’ve got two but I need to keep pushing and keep making the runs. The gaffer keeps telling me to get in these positions, so if you’re not there you don’t score.

“For the second I tried to head it and I think obviously I’ve gone up and he’s gone up with me, so his push meant it hit my head on the way down. I’ll take it all day.”

James gave the visitors the lead but Jacob Ramsey’s double followed Philippe Coutinho’s leveller to put the hosts 3-1 ahead.

James made it 3-2 in first-half injury time and Llorente equalised when Tyrone Mings failed to clear a corner in the 63rd minute.

“We put ourselves in a brilliant position with a Coutinho and Jacob masterclass in that first half.

“We actually started the game alright, lost a goal which was well played on their part, but we recovered well and the place was rocking.

“The disappointing thing for us was we never managed that spell before half-time properly, we should have been in 3-1.

“We lost a cheap goal and it kind of sets the game alight again for them. They get a bit fortunate with the goal they scored to make it three each, but they did have chances to equalise.