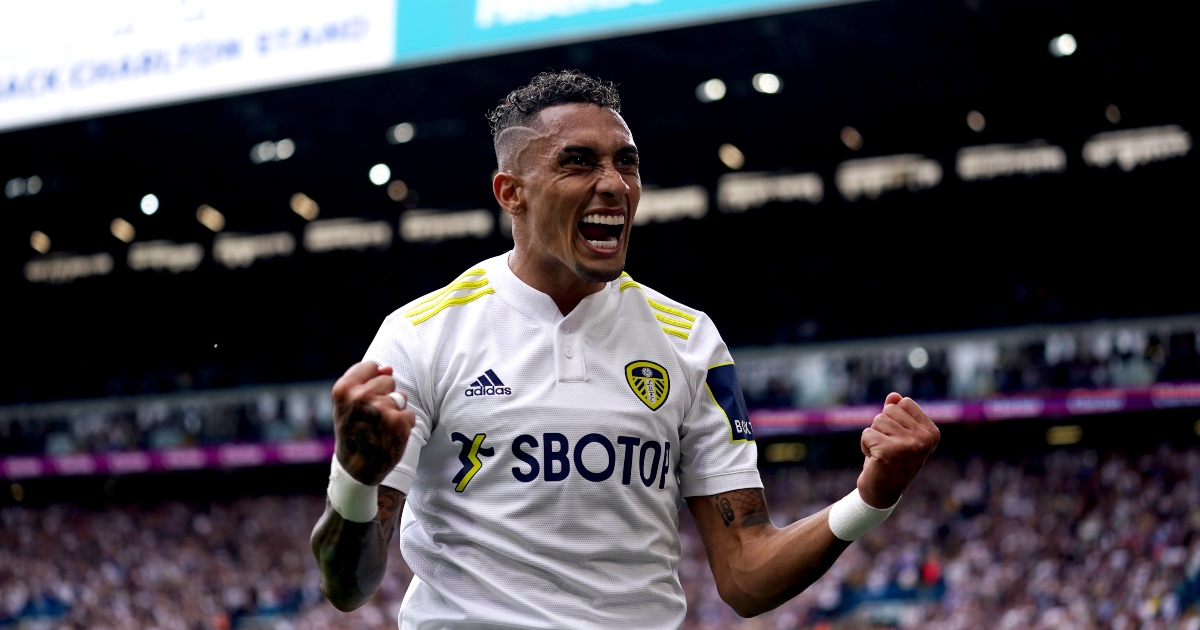 Leeds United winger Raphinha has picked out what ‘stands out’ about the clubs supporters despite Marcelo Bielsa’s sides poor start to the season.

Leeds have struggled to reach the heights of last season, partly due to a number of injuries to key players but Raphinha has praised the fans support through a tough period.

Speaking to SoccerBible, the Brazilian said: “I don’t look to make comparisons, every club has its own history and culture.

“What really stands out about the Leeds fans is that even when we’re not doing well in the league, whether it’s home or away, they fill every seat allocated to them and what is really special is the way they support us passionately from start to finish.

“We could be losing the game like in Manchester when we were losing five-one but the fans continued singing. Personally, this is great motivation for me to do my best, to give my very last bit of energy until the final whistle.

“Even when we know we can’t turn the game around just seeing them there and hearing them sing, sending us this positive energy on to the pitch makes me stronger and I want to send some energy back to them from the pitch as we’re doing everything possible and doing our best.

“As I said before, in football one team wins and another loses, their support during games is remarkable.”

The 24-year-old was then asked what it has been liked playing in front of the Elland Road faithful, after spending his first year at Leeds playing behind closed doors.

“It’s difficult to describe. Obviously there are moments in the game when I take it all in, but the majority of the game I try to focus on the pitch and block out everything else.

“Of course there are certain times like when we come on to the pitch before the game, come off at half-time where you feel it.

“It’s really positive energy that they send to us on the pitch and we do our absolute best to repay that.

“It doesn’t always happen but they can be certain that we’re doing everything possible, however that’s football there are good times and bad times. We’re going through a difficult period but God willing we’ll be getting back our good form.”