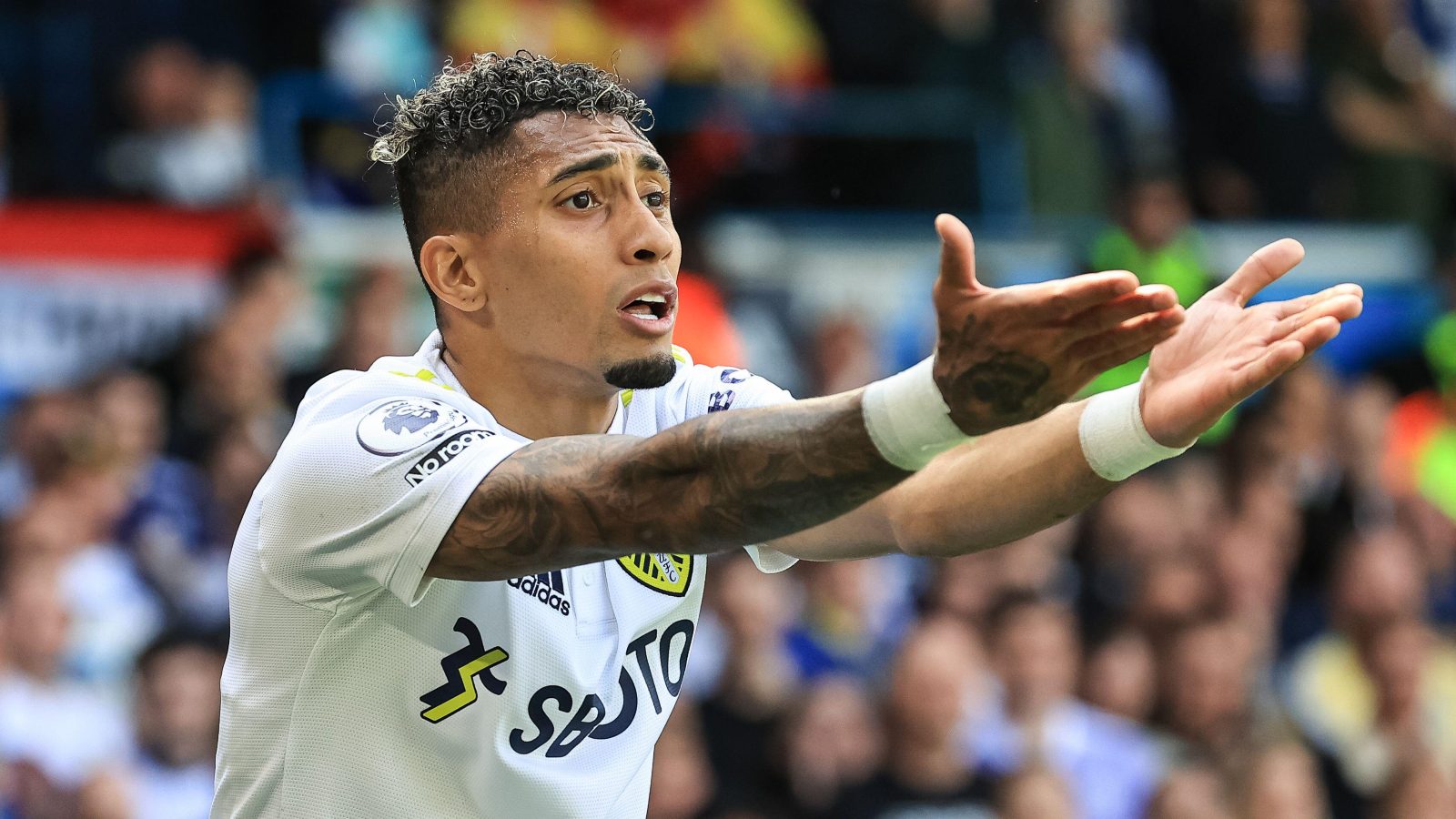 Leeds United winger Raphinha could miss out on his dream move to Barcelona if the Spanish club decide to keep Ousmane Dembele.

French winger Dembele is out-of-contract this summer and is yet to agree new terms with the club after yet another disappointing season on the injury front.

Having joined Barca in 2017 for a over £1oom, the forward has never really lived up to the levels expected of him him when he joined from Borussia Dortmund.

Various injuries have thwarted his progress in Spain whilst his attitude has also been questioned on numerous occasions.

It was widely expected that he would leave the club this summer with Manchester United, Chelsea, Liverpool and Newcastle all being linked with the 25-year-old.

However, after enjoying somewhat of a revival under new boss Xavi, he could yet agree a new contract with Barcelona.

According to Mundo Deportivo, this would be bad news for Leeds’ Raphinha, who has been heavily linked with a move to the Spanish outfit.

The Brazilian would have reportedly been available for a cut-price £25m if the Whites had suffered relegation from the Premier League.

However, their final day heroics, led by the winger, mean Leeds are no in a stronger position regarding the players sale and could demand a hefty transfer fee.

However, that deal has taken with Mundo Deportivo revealing that Barca will have to choose between Raphinha and Dembele as there is not enough money to pay both of their salaries.

The report also reveals that Barca are set for a meeting with Dembele’s agent over his future, and that meeting could become crucial to the future of Leeds’ talisman.

Meanwhile, Brighton defender Marc Cucurella has revealed he could leave the club this summer, hinting he joined the Seagulls as a stepping stone.

“The goal [at Brighton] was to develop so the big clubs can take notice,” he said (quotes via Manchester Evening News).

“But if the opportunity arises, you have to take advantage of it. There are teams that you can’t say no to. No, sincerely no [Pep Guardiola has not called]. Of course, there are rumours.

“If people are talking like this about you, it’s a good thing. We’re calm; the most important thing right now is to rest.”