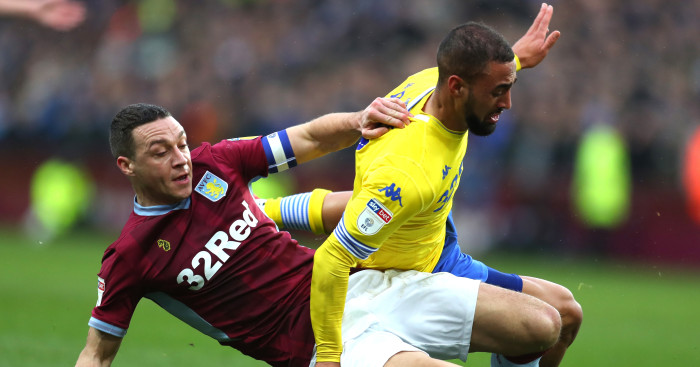 Roofe suffered the injury during the second half of the victory and while he completed the 90 minutes, the club confirmed in a statement the 14-goal striker will now face an indefinite period of time on the sidelines.

The striker complained of pain his knee the morning after the game and was sent for a scan over the weekend, with Leeds now confirming the blow.

United have, however, refused to put a timescale on Roofe’s absence, however, and have indicated he could return before the end of the season.

But with long time leaders of the Championship now third in the table after a weekend of inactivity, there is no disguising from the fact that losing Roofe at this stage of the season is an almighty blow to their promotion hopes.

In a statement, Leeds said: “Leeds United forward Kemar Roofe will face a period on the sidelines following confirmation that he damaged knee ligaments during the win over Swansea City at Elland Road.

“Roofe will work hard with the medical team at Thorp Arch to return to action as quickly as possible.”

Roofe has been in fine form this season, netting 14 goals in the Championship so far, and a recent report suggested that the Whites are keen on getting the former Oxford man to extend his stay at Elland Road and help them continue their push towards a return to the Premier League.

The 26-year-old missed six matches with a calf strain in September and October, and the player’s setback is likely to see Patrick Bamford – signed in the summer in a £7million deal from Middlesbrough – leaned on for goals, with Tyler Roberts also able to operate up front.