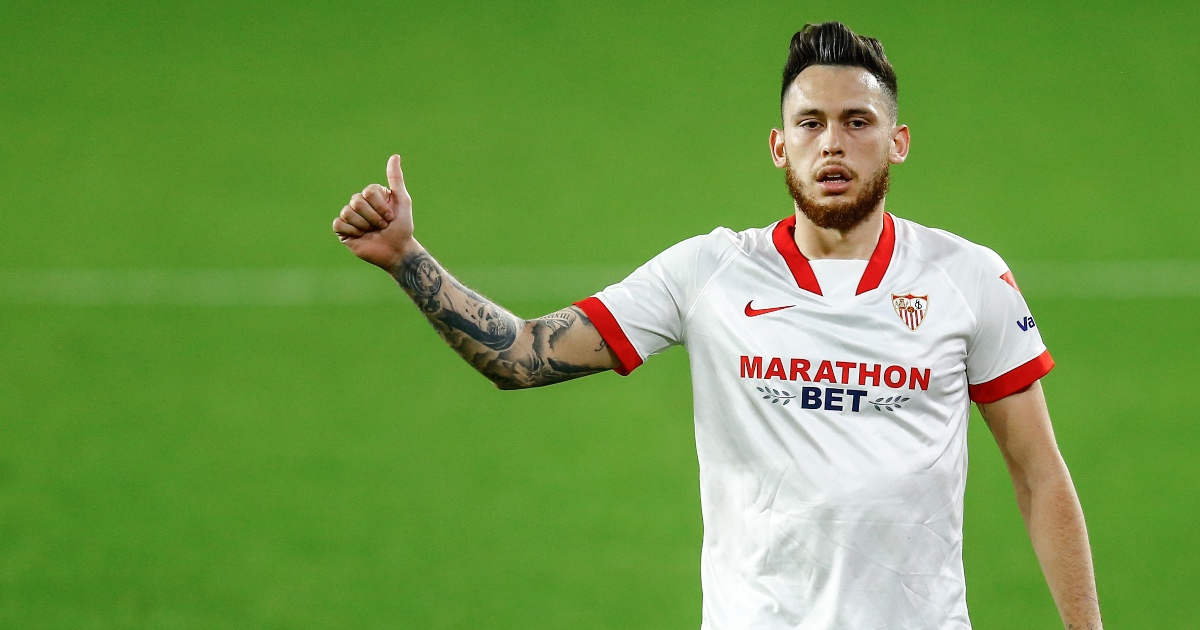 Leeds are reportedly hoping to sign Sevilla winger Lucas Ocampos for ‘much less’ than his £62million release clause.

Ocampos is a compatriot of Leeds boss Marcelo Bielsa and has supposedly caught the eye of scouts from Elland Road.

His excellent performances in La Liga could earn him a big money move to the Premier League.

According to Football Insider, Leeds have placed Ocampos on their attacking wish list. They’re closely monitoring his situation with Sevilla ahead of a potential move.

The 26-year-old is seen as a future star in the Prem, having proven his worth countless times in Spain.

He was one of Sevilla’s best players last season as they secured fourth spot in La Liga.

Ocampos scored 14 goals and achieved three assists in 33 league matches. He added to that tally with goals in the Europa League and Copa del Rey.

The winger hasn’t been in such exciting form this term, scoring just four goals so far. However, his talent is still on show and Bielsa might be the best man to take him to the next level.

Ocampos’ contract runs until June 2024 and includes a massive £62million release clause. That fee is way over what Leeds would be willing to spend in the summer transfer window.

Instead, the Whites are aiming to reduce his asking price to an achievable fee.

Sevilla’s finances have been badly affected by the COVID-19 pandemic which could force them into a sale.

The report states that Leeds would also need to offload some players if they want to land Ocampos.

He would likely take Helder Costa’s place in the squad, which means the Angolan winger could be offered to potential suitors.

Although Leeds are desperate to keep him, another player who might leave is Raphinha.

The Brazilian, signed from Rennes just last year, has been brilliant in the Prem this term.

He’s looked dangerous in almost every game and scored the winner in Leeds’ last outing against Fulham.

His form has led to interest from Liverpool, who see the 24-year-old as their next star.

If Leeds do allow Raphinha to leave Elland Road then Ocampos will be their favoured option to replace him.