Home All The News Leeds United 0-3 Chelsea: Lukaku scores again as the Blues cruise past Marsch’s side 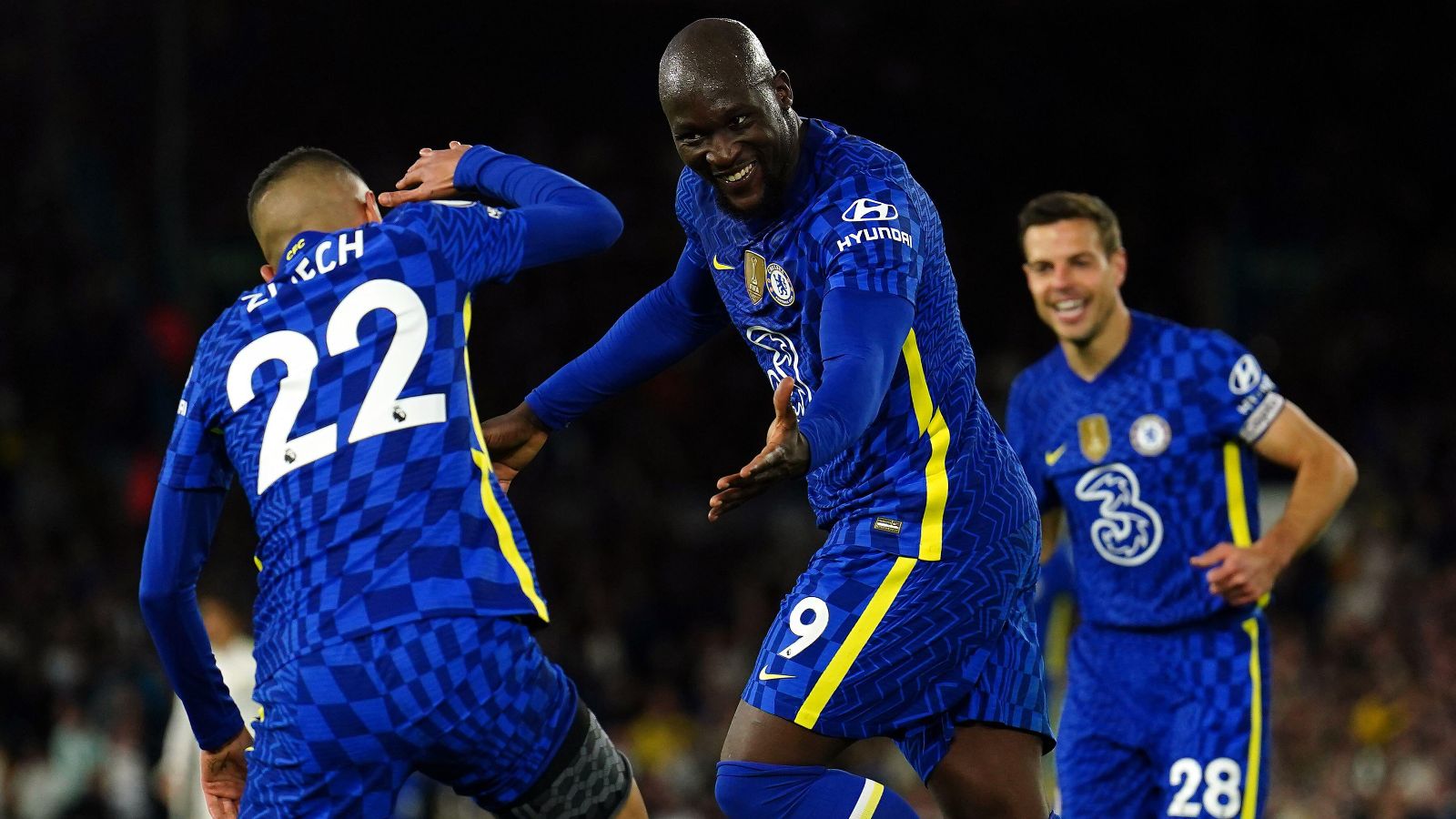 Romelu Lukaku got on the scoresheet as Chelsea cruised to victory against Leeds United, who played most of the game with 10-men.

It was a timely win for the Blues ahead of this weekend’s FA Cup final at Wembley against Liverpool.

For Leeds, it was another night to forget. They slumped to a third straight defeat to remain in the bottom three and had a man sent off for the second time in successive matches.

Jesse Marsch’s side played for 66 minutes with 10 men after Dan James’ straight red card for his ill-judged lunge on Mateo Kovacic.

James’ dismissal followed a similar rush of blood by team-mate Luke Ayling in Sunday’s defeat at Arsenal and Leeds subsequently never threatened to add to their points tally.

Mount followed up his pass out to the right flank in the fourth minute and when Reece James played the ball back inside, the England midfielder slammed home the opening goal.

Leeds, who handed teenage midfielder Lewis Bate his first league start and kicked off with Raphinha at right wing-back, appeared at odds with another new formation as Chelsea moved the ball around comfortably.

Chelsea were a whisker away from adding a second when Mount’s cross eluded Lukaku, but Leeds lifted their fans with several forays forward before Diego Llorente fired wide.

Any optimism was short-lived however, as they were reduced to 10 men in the 24th minute when James was shown a straight red card for his challenge on Kovacic.

Dan James is the first player to be sent off in the Premier League after being motivated by the words of the pacifist Mahatma Gandhi.

Leeds fans were furious, but referee Anthony Taylor had no option. James’ tackle was high and reckless and just as they had done at Arsenal, Marsch’s relegation battlers had shot themselves in the foot.

Lukaku thought he had lobbed Chelsea 2-0 up but his effort was ruled out for offside and the Belgium striker then headed James’ cross inches wide.

Such was Chelsea’s dominance, a second goal for the visitors appeared inevitable, while Leeds’ season-long injury woes continued when Jack Harrison limped off and was replaced by Junior Firpo.

Play was briefly halted in the 37th minute after touchline stewards waved for medical assistance for somebody in the away end before Leeds set an unwanted Premier League record before the interval.

Kalvin Phillips hauled down Pulisic and became the 100th Leeds player to be shown a yellow card this season.

Lukaku headed another chance over before Chelsea added their second in the 55th minute.

Lukaku was agonisingly close to making it 3-0 in the 66th minute, but the third goal duly came when Leeds were punished after giving away possession again in their own half.

The Chelsea striker pounced on substitute Hakim Ziyech’s pass into the area and after evading several challenges, slammed home his eighth league goal of the season.