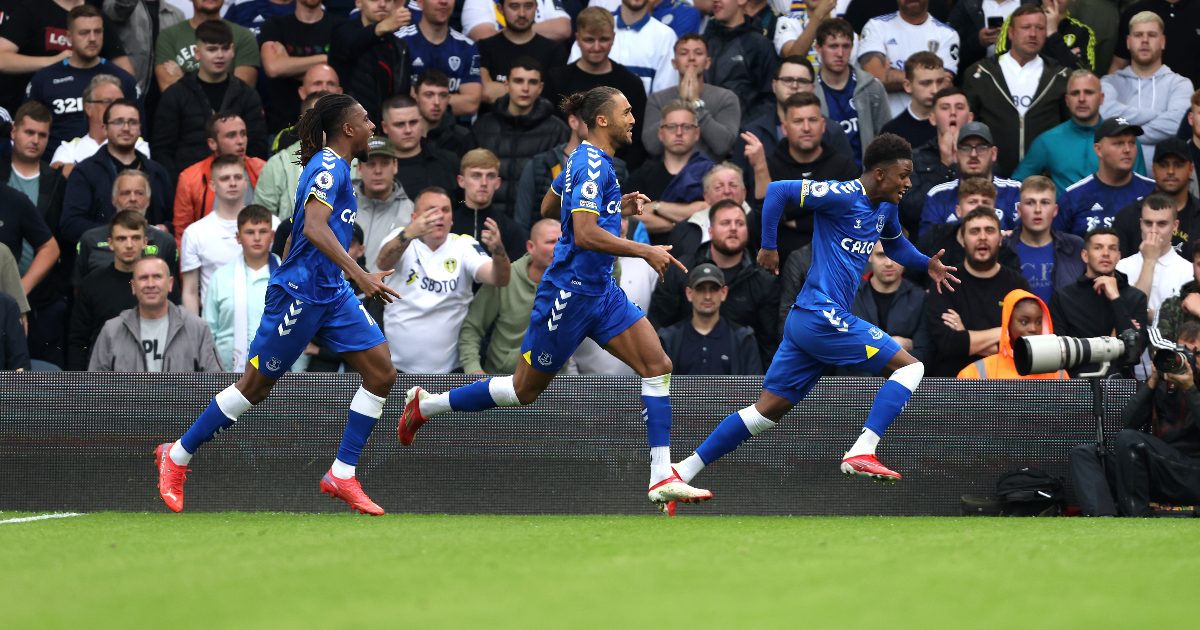 The returning Leeds United fans were treated to an entertaining game as Raphinha’s second-half strike earned them a point.

The winger’s equaliser sealed a well-deserved point for Leeds at the end of a thrilling game at Elland Road.

Everton took the lead thanks to a Dominic Calvert-Lewin penalty before Mateusz Klich made it level. Demarai Gray restored the Toffees’ lead in the second half but Raphinha had the final say as he made it 2-2.

Elland Road was turned into a sea of yellow before kick-off as most home fans in a capacity crowd – the first here since March 2020 – swirled flags found under their seats to mark the occasion.

Leeds last played a top-flight home game in front of an unrestricted crowd in 2004 when they drew 3-3 against Charlton. A rousing reception for this fixture had long-been anticipated and it did not let anyone down.

Everton were pushed onto the back foot, but remained a threat on the break and created two of the better first-half chances via crosses from the impressive Gray.

The visitors were awarded a penalty after referee Darren England had watched a replay of Liam Cooper’s tangle with Calvert-Lewin and the Everton man coolly converted to give his side a 30th-minute lead.

But Leeds deservedly hit back to equalise before half-time. Patrick Bamford slipped his marker, Michael Keane, on the edge of the area and his ball inside was expertly despatched by the supporting Klich.

Gray, by far Everton’s outstanding player in the first period, continued to torment Leeds at the start of the second.

He combined superbly with Calvert-Lewin to create one chance for the latter and then struck the game’s third goal as Everton regained the lead in the 50th minute.

Doucoure slipped a pass inside the box to the former Birmingham and Leicester man and his low angled shot went through Stuart Dallas’ legs on its way into the far corner.

Leeds wobbled as Gray led Everton in pursuit of a game-clinching third goal before rallying as the game entered the final quarter and then lifting the roof with a thumping equaliser.

The game hung in the balance as Leeds substitute Tyler Roberts’ cross-cum-shot forced Jordan Pickford into a near-post save.

At the other end, Richarlison curled a shot inches wide and Everton substitute Andros Townsend forced goalkeeper Illan Meslier into a low save.