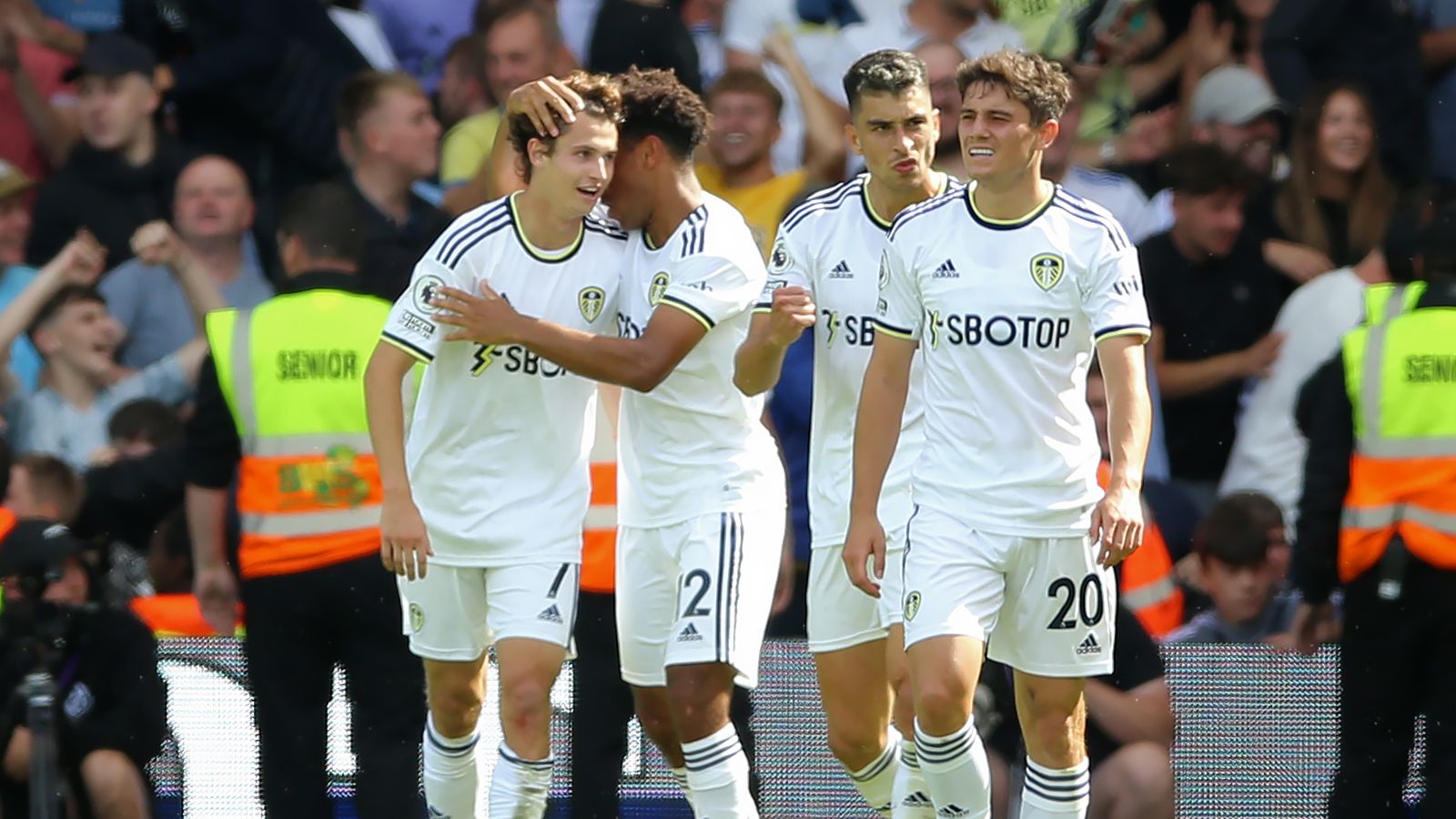 Leeds United put in a stellar display as they earned a brilliant 3-0 victory over Thomas Tuchel’s Chelsea at home at Elland Road.

First-half goals from Brenden Aaronson and Rodrigo placed Leeds in control before Jack Harrison added a third during the second period.

The scoreline did not flatter Leeds at all as they continue their unbeaten start to the new Premier League season.

Marsch, who replaced Marcelo Bielsa in February, was left to celebrate at the final whistle after frustrated Chelsea boss Thomas Tuchel had remonstrated with the fourth official moments earlier.

Chelsea, who ended the game with 10 men after Kalidou Koulibaly’s late dismissal, were swept aside as they slipped to their first defeat to the Yorkshire club in nearly 20 years.

Leeds responded through Harrison, who fired straight at Eduoard Mendy after an impressive move of their own.

The opening exchanges were fast and furious. Ruben Loftus-Cheek was lucky to avoid a yellow card after his late challenge on Pascal Struijk before Koulibaly was booked for his foul on Aaronson.

Chelsea thought they had taken a 15th-minute lead when another effort from Sterling curled inside the far post, but Kai Havertz had clearly been offside.

After Rodrigo had pulled a shot wide, the signs looked ominous for the home side each time Chelsea ventured into the final third.

Mendy dithered when receiving Thiago Silva’s back pass and the quicksilver Aaronson pounced to snaffle the ball and turn home his first Leeds goal from a yard.

If that sent the home fans in raptures, Elland Road was rocked to its foundations four minutes later.

Harrison curled in a superb free-kick after Sterling had been booked for his challenge on Marc Roca, and Rodrigo got in front of Reece James to plant a brilliant header into the far corner for his fourth goal of the season.

Marc Cucurella spurned a chance to pull one quickly back for the Blues as he sent a first-time shot off target and Leeds held on to their two-goal advantage at the interval.

Cucurella blazed off target again at the start of the second half as Chelsea set about reducing the deficit.

But Leeds continued to defend doggedly, and in numbers, and with Chelsea committed to pushing men forward, the home side maintained their potency on the counter.

Rodrigo and Harrison got in each other’s way when racing on to Dan James’ deep cross before Gallagher’s scuffed shot was deflected for a corner.

The Londoners were made to regret their failure to convert second-half pressure when Leeds made it 3-0 in the 69th minute.

Dan James’ cross fell to Rodrigo in the area and his touch was guided home by Harrison at the far post.

Only a last-ditch intervention from Cucurella denied Leeds a fourth soon after and it was to get worse for Chelsea as they played the closing stages with 10 men after Koulibaly’s red card.

Koulibaly, a summer signing from Napoli, hauled down Leeds substitute Joe Gelhardt and received his second yellow card as Leeds notched their first success against Chelsea since December 2002.