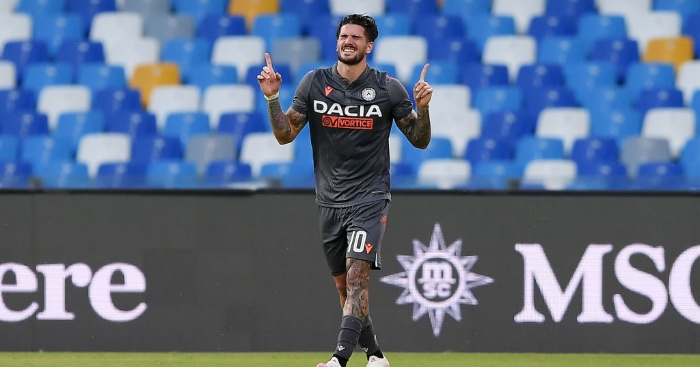 Rumours have been rife over the past week about Leeds’ interest in the Argentinian midfielder. It appears that talks between them and Udinese have moved quickly, with a deal now looking like it is close to being finalised.

FantaCalcio suggest that a €35million fee has been struck between the clubs. This figure works out at around £31 million, which will break the Whites’ transfer record once again.

The report went on to add that Juventus have also been interested in De Paul this summer, but Leeds have acted quickest to potentially beat the European giants to the purchase of the midfielder.

This signing would be a huge statement of intent from Marcelo Bielsa’s side: since he signed for the club in 2016, De Paul has been a key figure of the Udinese team, making 146 appearances in all competitions.

De Paul has scored 24 league goals and provided 22 assists in Serie A over the last four seasons.

His form domestically has been rewarded with his first call-ups for Argentina. Since 2018, De Paul has been capped a total of 17 times for La Albiceleste.

Leeds already broken their transfer record to sign Rodrigo Moreno from Valencia for a reported fee of £27 million this summer.

And Germany international Robin Koch has been another marquee signing, joining from Freiburg for £13 million.

Jack Harrison has returned to the club on another season-long loan from Man City, while Helder Costa and Illan Meslier have joined on permanent deals.

Leeds have also secured the services of youngsters Joe Gelhardt and Cody Drameh from Wigan Athletic and Fulham respectively.