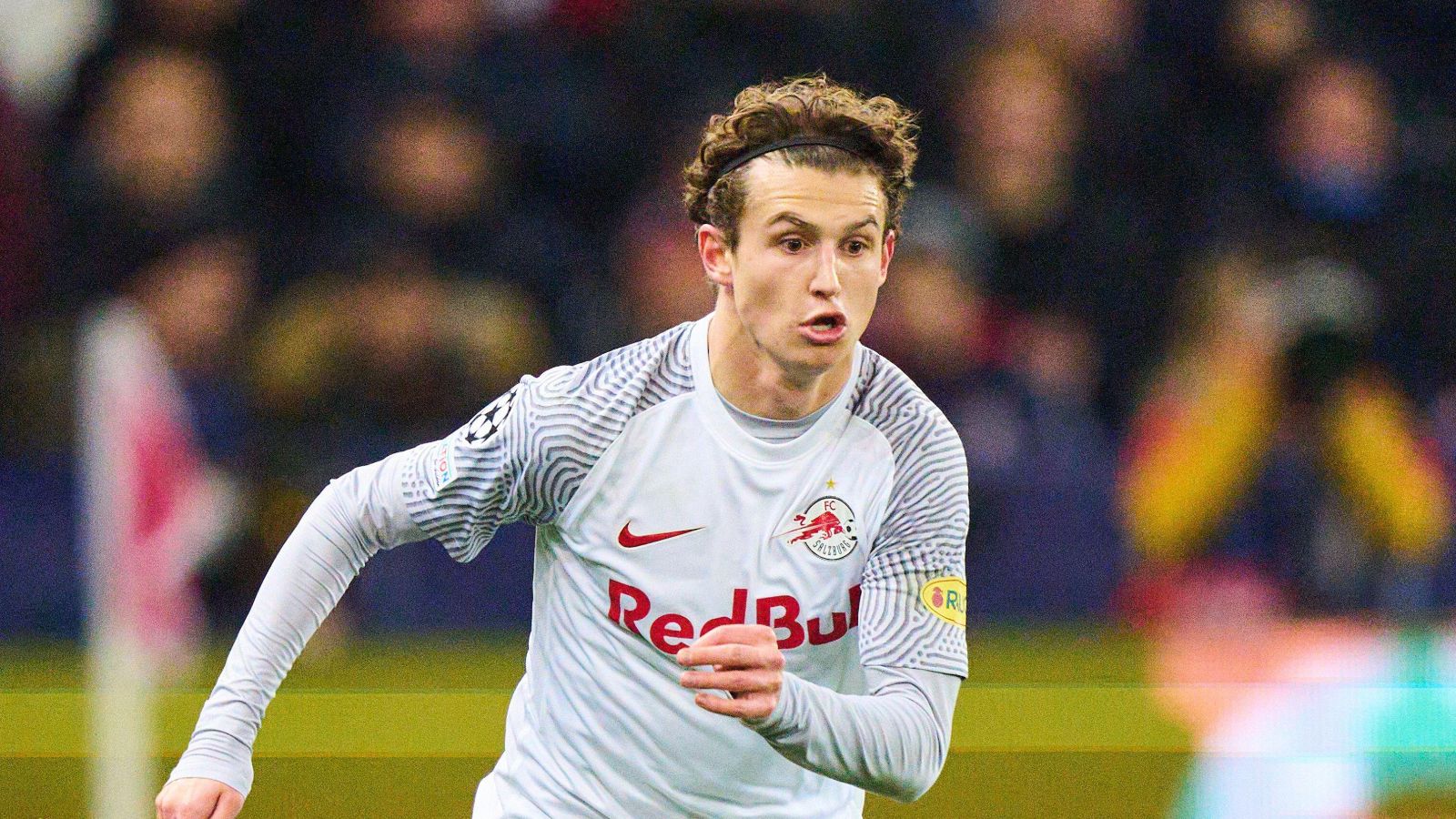 Leeds United have confirmed that they have agreed a deal with Red Bull Salzburg to sign USA international Brenden Aaronson for around £28m.

The winger previously worked with Jesse Marsch during their time together at Salzburg. Fabrizio Romano is reporting that the fee for him is £28m.

A statement read: “Leeds United are delighted to announce an agreement with Red Bull Salzburg for the transfer of Brenden Aaronson, which will be completed on July 1st, 2022.

“The 21-year-old will join for an undisclosed fee on a five-year-contract, running until the summer of 2027.

“The transfer is subject to the necessary international clearance and a work permit.”

Aaronson made 41 appearances in all competitions for Salzburg last season as they won the Austrian Bundesliga and Austrian Cup for the second season in succession.

He has 18 senior international caps and scored five goals as the US qualified for this year’s World Cup finals in Qatar.

Aaronson began his career with MLS side Philadelphia Union and scored on his debut in a 1-1 draw with Atlanta United in March 2019.

Capped by his country for the first time the following February, he was named in the MLS Best XI for the 2020 season, during which he played his part as Philadelphia won the Supporters’ Shield for the first time, and earned his move to Salzburg in January 2021.

The midfielder made 24 appearances as the club clinched a league and cup double in his first season in Europe, and his tally for the campaign which has just ended included 10 Champions League games in a run to the last 16.

Aaronson will be on international duty next month for fixtures against Morocco, Uruguay, Grenada and El Salvador before meeting up with his new club-mates in pre-season.