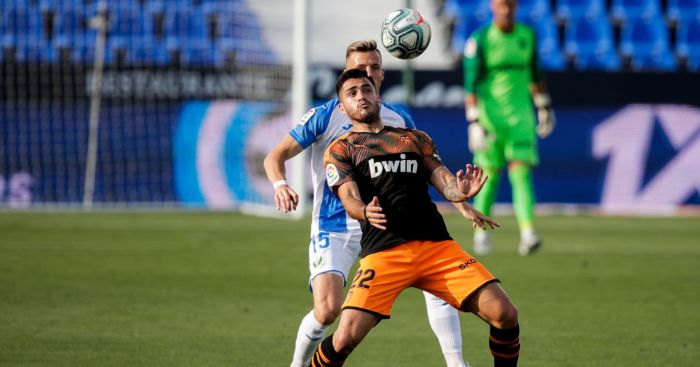 Leeds are on the verge of making their first marquee signing since returning to the Premier League after reaching an agreement with Valencia for the transfer of Spain striker Rodrigo.

The LaLiga club announced on their website on Tuesday evening that a deal in principle has been agreed, for a reported £30million fee, with personal terms and a medical still to be finalised.

The 29-year-old has scored 59 goals in 220 games for Valencia since joining from Benfica in 2014, initially on loan, and would boost Marcelo Bielsa’s attacking options ahead of Leeds’ first season back in the English top flight for 16 years.

OPINION: Save the Grealish outrage; even he predicted this…

A statement on Valencia’s official website read: “Valencia CF have reached a preliminary agreement with Leeds United FC this Tuesday for the transfer of Rodrigo Moreno, at the expense of completing all the documentation and other formalities and passing the mandatory medical examination.

“Valencia CF want to thank him for his commitment and effort over the last six seasons – in which he has played a total of 220 games, scored 59 goals, and helped to win a cup. Valencia CF wish him all the best in this new stage of his sports career.”

Valencia CF have reached a preliminary agreement with @LUFC this Tuesday for the transfer of footballer Rodrigo Moreno, at the expense of completing all the documentation and other formalities and passing the medical examination.

Valencia have already seen some key players leave this summer as they battle financial issues, with Rodrigo’s former team-mate Ferran Torres having signed for Manchester City.

Leeds have turned loan spells for Helder Costa and Illan Meslier into permanent deals so far, as well as bringing back Jack Harrison on another temporary stay from City, while also boosting their youth team with the captures of Joe Gelhardt, Charlie Allen and Cody Drameh.