Home F365 Says Can Leeds United do this the hard way?

Leeds United do not look like a great side, but they have Marcelo Bielsa; that might just be enough. 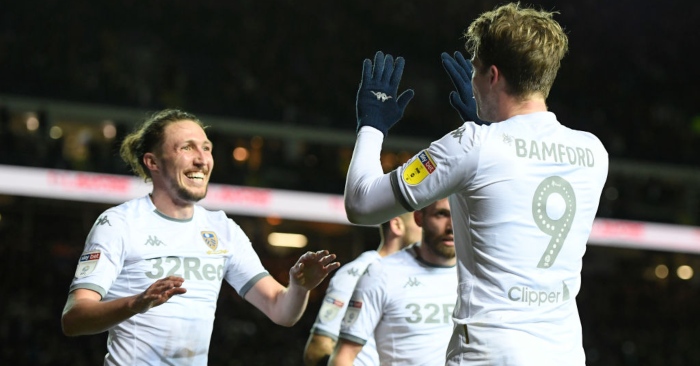 With their season in the balance, with contemporaries crumbling around them, Leeds United refused to fall. It was not that the Whites were heavenly in their play and irresistible to watch. It was not that the perfect plan came together at just the right time. No, indicative of this crazily chastening Championship season, Leeds succeeded against Millwall not because they were the best, but rather because they were the best at being not bad.

It is a damning indictment of this second-tier campaign that a regressing Leeds side sit top, while a West Brom side with just one win from eight league games are still their main competitors for the top spot. Add to that a supporting cast swapping and trading inconsistent runs like they are going out of fashion and the Championship promotion race is already cooling down to whichever two outfits stumble over the line.

This would of course all be trivial for Leeds if their pursuit of the PL (‘Promised Land’) paid off. No one remembers the journey once you’ve reached the destination, after all. And yet, there feels something painstakingly familiar about this promotion push, that it wouldn’t be a surprise at all if Marcelo Bielsa’s men were to fall before the final hurdle – repeatedly – once more.

They will of course be hoping to use their own rocky run of form as a self-teaching method; this is how you don’t do it. But, given the shenanigans that the 2018/19 run-in brought, it is just as likely that the first win of the year is not a feeling with which the Elland Road faithful should become familiar.

And yet, it could all be so much easier. Regardless of Leeds’ standing come May, this is a club relying far too heavily on the talents of a once-in-a-generation manager moulding square pegs into round holes and being able to sell the puzzle as almost brand new. Taking the risk of getting promotion on the comparative cheap is all well and good, but a risk potentially too far.

This is your Wednesday morning reminder that Leeds United have Marcelo Bielsa and the rest of the Championship don’t 🙌🏻 #lufc #efl pic.twitter.com/D4VblpDZr0

The signing of forward Jean-Kevin Augustin is promising, but the likelihood is that Patrick Bamford will continue to be the main man up front and the young striker does have just three goals to his name since the start of last season. Bielsa, more than most, has an uncompromising style which must be adhered to by every single player at his disposal – it was a huge factor in on-loan Arsenal striker Eddie Nketiah’s lack of playing time and subsequent January recall – but a loan shout for second-tier hotshot Dwight Gayle, a man with 59 goals to his name across three Championship seasons stretching back to 2012, would almost guarantee a spot in the top two. Heck, this season Gayle would almost single-handedly deliver the title.

A perennial cheat code for teams looking to guarantee their goals by allowing the 29-year-old to score plenty of his own, the lack of such a signing while a) allowing Leeds to keep to their wage structure, and b) allowing Bielsa to keep to his strict style, clearly indicates how solid and stiff Leeds have made this rod on their own backs.

It is admirable that wingers Ezgjan Alioski and Stuart Dallas have become decent options at full-back, but players with experience and expertise would provide more consistency amid the constant injury problems of the first-choice full-backs. It is noble that Bamford joins cockroaches as the only things that would survive a nuclear blast in a post-apocalyptic Bielsa world, but when you play with a lone forward, goals become a necessity more than once in a blue moon.

This may be a season where being good is not a pre-requisite to success, where having all the right shapes for the right holes is not a necessity for promotion, but that is a risk Leeds need not take. Having come so close on one too many occasions before, there could, and should, be an easier way. But just as Leeds proved on Tuesday night, doing it the hard way can sometimes work. Just don’t be relying on it come May.