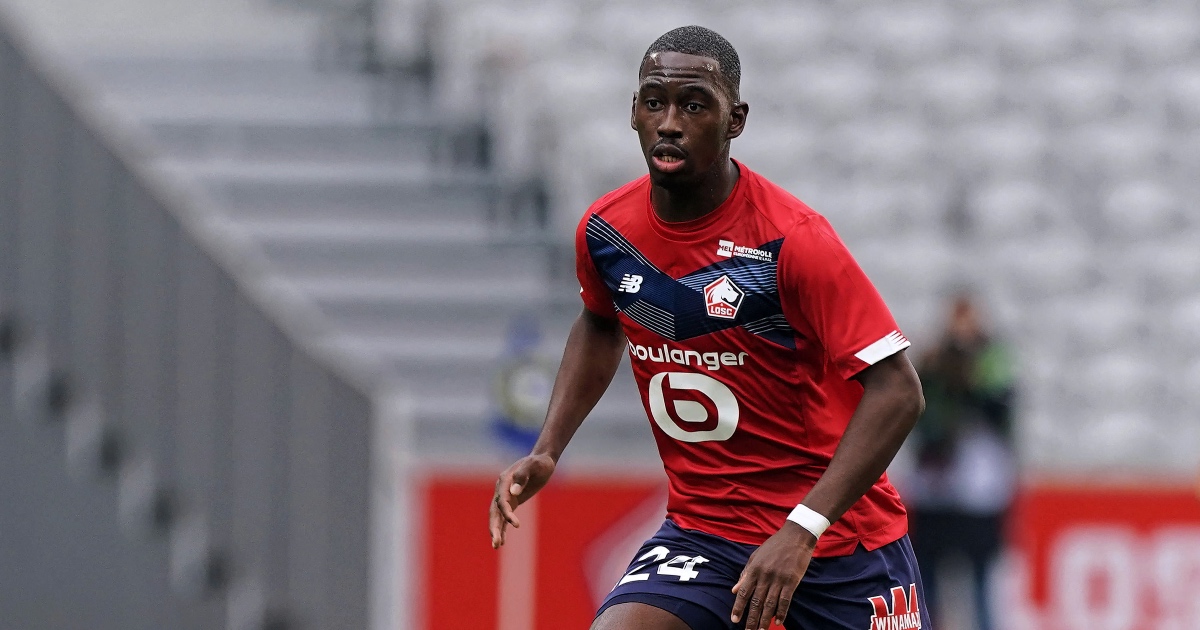 Leeds are set to rival Newcastle for the signing of Boubakary Soumare from Lille, according to reports.

The midfielder is wanted by a host of English clubs after impressing scouts in Ligue 1.

He’s made 29 appearances in all competitions this season, including seven in the Europa League.

Early Loser: One step forward and two back for Hudson-Odoi

According to Football Insider, Leeds are hoping to sign Soumare to bolster their midfield.

They’re looking at top-quality central midfielders who can dictate play to provide cover for Kalvin Phillips.

They also want a player who can compete with Phillips for a place in the first team once they get up to speed.

Soumare has now emerged as a top target, with a summer bid expected from the Yorkshire side.

The 21-year-old recently entered the final 18 months of his contract with Lille.

They might be open to selling one of their brightest prospects to improve their financial situation.

However, Leeds will face plenty of competition to bring Soumare to the Premier League.

The report states that Newcastle had a £35million bid for him accepted in January 2020.

The player rejected the Magpies’ contract offer which kept him in France for the remainder of the campaign.

Newcastle are still in the running to sign him, however, and may return with an improved offer.

Soumare has also attracted interest from Manchester United and Chelsea. He’s seen as a cheaper alternative to England international Declan Rice, who could cost £80million.

Leicester City are tracking the player’s progress, too. If they sell in-form midfielder Wilfred Ndidi then Soumare will be the top choice to replace him at the King Power.

This summer is destined to be a busy one for Leeds after their return season in the Premier League.

Talented winger Raphinha, who joined from Rennes last year, is the subject of interest from Liverpool.

They’re aiming to land the Brazilian to improve their attacking options.