He will wear the number 18 shirt and could make his debut when the Whites take on Wolves on October 19. 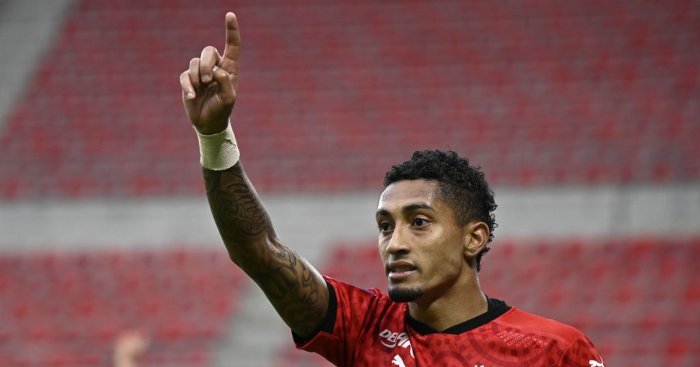 Leeds have signed Brazilian winger Raphinha from Rennes for an undisclosed fee, reported to be around £17million.

The 23-year-old is Leeds’ fourth major signing this window following the arrivals of forward Rodrigo and defenders Robin Koch and Diego Llorente.

He will wear the number 18 shirt and could make his debut when the Whites take on Wolves on Monday, October 19.

He had been at Rennes for just over a year, scoring seven goals in 31 appearances in all competitions last season for the French club, who are currently top of Ligue 1.

Rennes paid a reported £20.7million to Sporting Lisbon in September 2019 for the forward after he had spent the previous two seasons in Portugal with Vitoria Guimaraes.

Leeds, who turned the loans of winger Helder Costa and goalkeeper Illian Meslier into permanent deals in July, have spent in the region of £100million since winning promotion back to the Premier League.