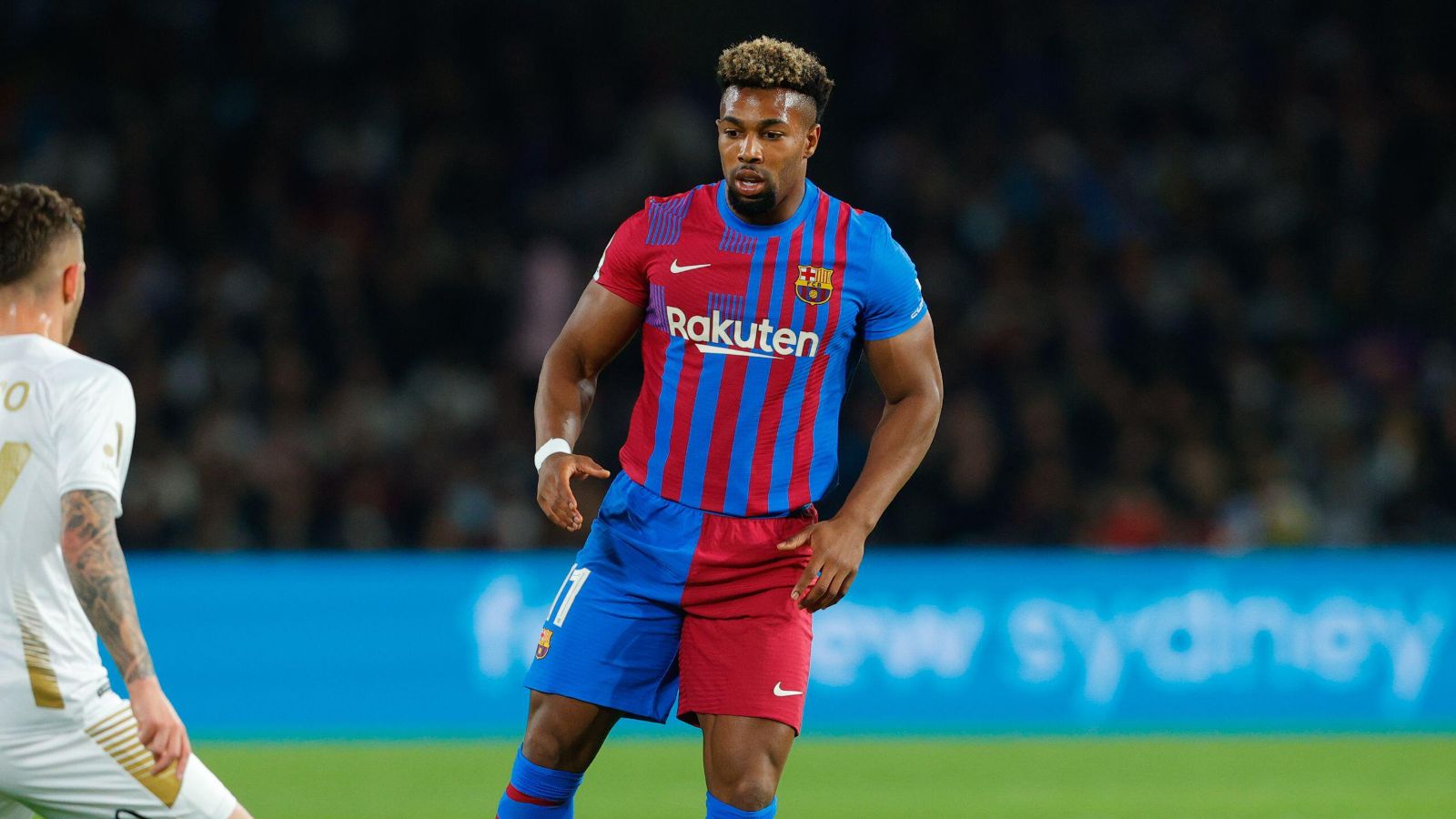 According to reports, Leeds United have ‘made a move’ to sign Wolves winger Adama Traore on a permanent deal during this summer’s transfer window.

Traore’s form for Wolves has dipped since the end of the 2019/20 campaign. That term he was involved in 13 goals in 37 outings.

During the first half of the 2021/22 season, he only grabbed one goal in 20 appearances for Bruno Lage’s side.

Tottenham Hotspur were interested in signing him in January but he ended up re-joining FC Barcelona on loan.

The winger started four times in La Liga before the season ended. Barcelona have opted against signing him permanently.

Football Insider are reporting that Leeds United now ‘have a strong interest’ in Traore.

Leeds’ director of football – Victor Orta – is a ‘big admirer’ of the Wolves player. Lage’s side are ‘willing to sell’ Traore this summer.

‘A bid of around £18m is likely to be enough to seal a deal’. It is noted that Everton are also interested in him.

Phillips struggled with injuries last campaign but has been one of Leeds’ best players when fit in recent seasons.

And, with Fernandinho leaving in the summer, Pep Guardiola is keen to bring in a central midfielder and Phillips has become City’s top target.

Leeds will be keen to hang onto Phillips but they are reportedly making plans in case he decides to leave for the Etihad Stadium or anywhere else.

GiveMeSport claim that Sheffield United midfielder ‘Berge is emerging as a target’ with optimism that Leeds can keep Phillips ‘on the wane in recent weeks’.

They add that City ‘are expected to make an offer for Phillips and if it is close to the £50m valuation, a deal is expected to progress’ with Leeds now ready to weigh up replacement options.

Norway international Berge is ‘understood to be one of the names on their radar – and Victor Orta has a good chance of landing him if a pursuit gets the green light’ with Sheffield United valuing him at around £25m.