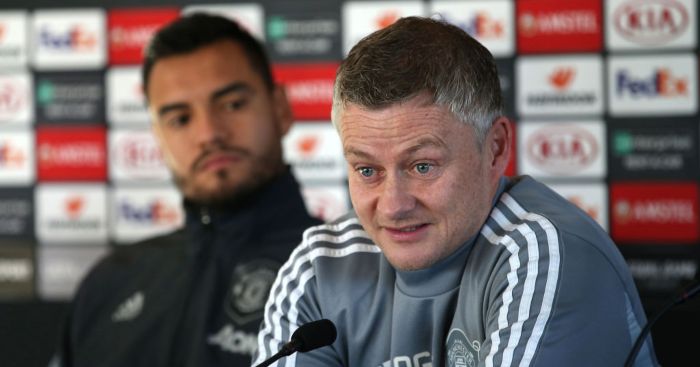 Leeds United will look to exploit the increasing uncertainty over the goalkeeping department at Man Utd with a move for Sergio Romero, according to reports.

The Whites returned to the big time last week, spearheaded by the managerial mastery of Marcelo Bielsa.

Despite their remarkable campaign, however, Leeds are expected to strengthen in a number of key areas.

Two superstar forwards in the form of Zlatan Ibrahimovic and Edinson Cavani have been touted, but another area that may be addressed is between the sticks.

Kiko Casilla struggled for consistency this season, with Noel Whelan deeming him not good enough for the Premier League.

Youngster Illan Meslier deputised well during Casilla’s suspension. But at the tender age of 20, a more experienced pair of hands may be preferred.

Now, Argentine TV station TyC sports (via FootballLeagueWorld) have reported that Leeds are eyeing up a major coup for Man Utd goalkeeper Romero.

The Argentine, 33, has been a dependable performer whenever called upon in cup competitions. But has not played in the league in over two years despite David De Gea’s repeated missteps.

That lack of regular first-team action doesn’t appear to be set to reverse course anytime soon, owing to the continued rise of on-loan stopper Dean Henderson, while there have been rumours that the Englishman could replace De Gea next term.

With Romero potentially facing becoming third-choice, FLW report that Bielsa will seek to capitalise on the situation.

Bielsa’s interest is duly noted in the article, with their shared nationality and promise of regular gametime a possible lure.

The issues of wages is undoubtedly present, but Romero’s quality has been proven at the top level.