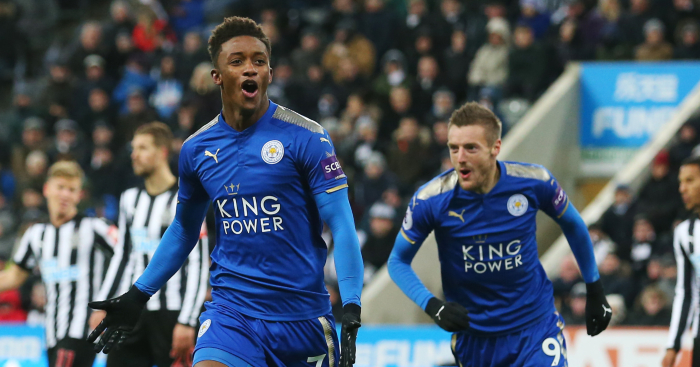 Gray made his football league debut for Birmingham City in October 2013 aged just 17. He soon became a regular for the Blues in the Championship.

He made 72 league appearances for Birmingham, scoring eight goals before signing for Leicester City in January 2016.

Leicester activated Gray’s release clause of £3.7m to sign him. Gray has now spent four-and-a-half years in the top flight with the Foxes.

He has made 167 appearances in all competitions for them in that time. But last season, he only made 21 appearances for Leicester in the Premier League.

Gray has not featured in any of Leicester’s top-flight games so far this season. His only appearance so far came as he started in the 2-0 Carabao Cup defeat to Arsenal.

According to The Daily Mail, Leeds United are keen to sign him this summer. Gray is in the final year of his contract, so a deal may be easy to make.

Roma winger Cengiz Under signed for Leicester earlier this summer on loan, moving Gray further down the pecking order.

Leicester boss Brendan Rodgers told Leicestershire Live earlier this month that Gray could leave if he wants to be a regular starter elsewhere:

“While he (Gray) is here, he will always be respected for his quality and what he has.

“I’ll always analyse players in training and then pick a squad that we feel can get us the result. He’s clearly in his last year, he hasn’t signed another deal. I’ll always respect Demarai and what his wishes are and at this moment in time, he’s working very hard to play a part while he’s here, so we’ll see how that evolves over the course of the season.

“That will be up to him [whether he leaves]. I’ve really enjoyed working with Demarai, he’s a good guy.

“He’s been here since he was a young player but he’s now 24, but it will be whether he wants to continue in the role he’s playing here or whether he sees himself going out to become a starter.

“What I know is that he’s a good guy and he’s got talent, that’s for sure, and while he’s here, we’ll always look to help him improve that talent. We’ll see how that goes.”