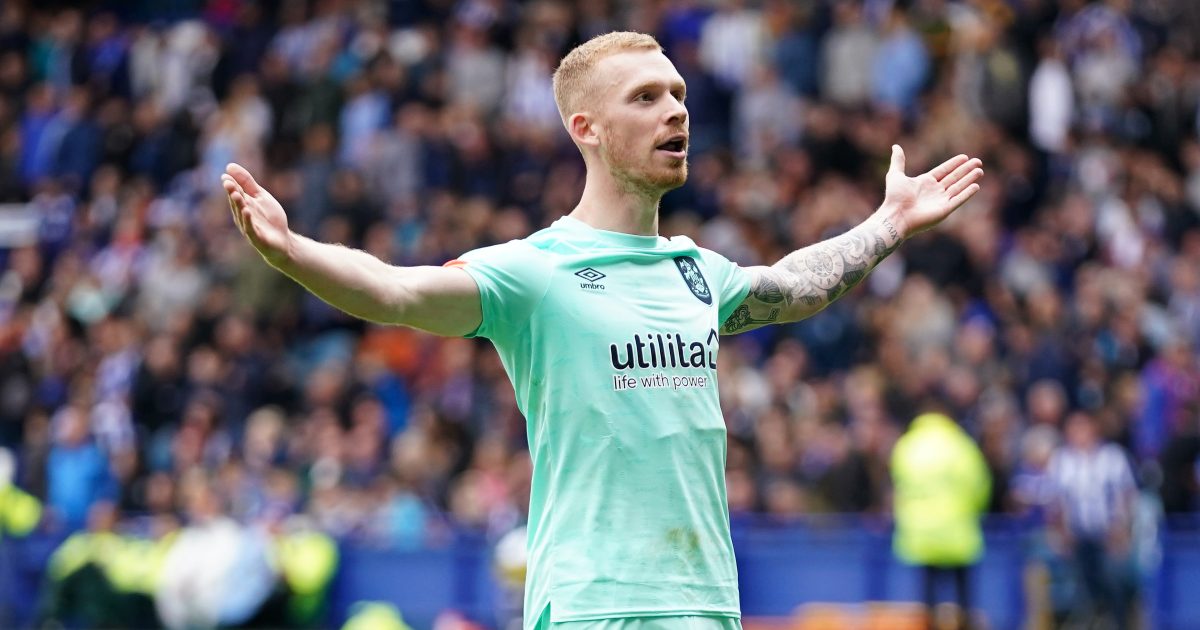 Leeds United have had a bid in the region of £5m rejected for Huddersfield Town midfielder Lewis O’Brien, who is rated at around £10m, according to reports.

Marcelo Bielsa’s side have signed four players so far this summer. Jack Harrison’s loan move from Manchester City was made permanent for around £11m.

He had spent the last three seasons on loan at Elland Road and he has already played 126 times for them.

Barcelona left-back Junior Firpo then joined the club for a fee of around £15m. He comes in to replace Ezgjan Alioski, who has left to join Saudi Arabian side Al-Ahli on a free transfer.

Norwegian youngster Kristoffer Klaesson was their third purchase and he comes in as their new backup goalkeeper. They have also brought in former Chelsea youngster Lewis Bate.

Leeds are now interested in signing Huddersfield Town’s O’Brien. The 22-year-old has already played 80 times for the Terriers in the Championship and this includes 42 outings last term.

Crystal Palace and Newcastle United showed interest in him in earlier this year. The Sun have reported that the midfielder is rated at around £10m.

Reporter for The Sun – Alan Nixon – has revealed that Leeds United’s first offer for O’Brien was “not even half” of Huddersfield’s £10m asking price.

Elsewhere, Leeds United goalkeeper Illan Meslier has revealed that he turned down a move to Chelsea in 2018.

The youngster initially joined Leeds on loan in 2019 before the move was made permanent last summer. He was one of the breakout players in the Premier League in 2020/21.

Meslier was nominated for last term’s Young Player of the Year award in the Premier League that was ultimately won by Phil Foden.

Speaking on the proposed move to Chelsea, he said it was a “difficult decision” to turn them down:

“Chelsea agreed with Lorient and then asked me, ‘Are you ready?’ But it was 24 hours before the end of the window.

“I said, ‘No, it’s too late, man! If you’d come one or two weeks earlier then I might have said yes. I can’t sign for you so late’.

“It was a difficult decision. Chelsea are a big club. You would ask me, ‘Why not (go)?’.

“But there are lots of keepers in Chelsea’s academy, it’s very hard to grow up there and sometimes you sign and you have to go on loan, things like that.