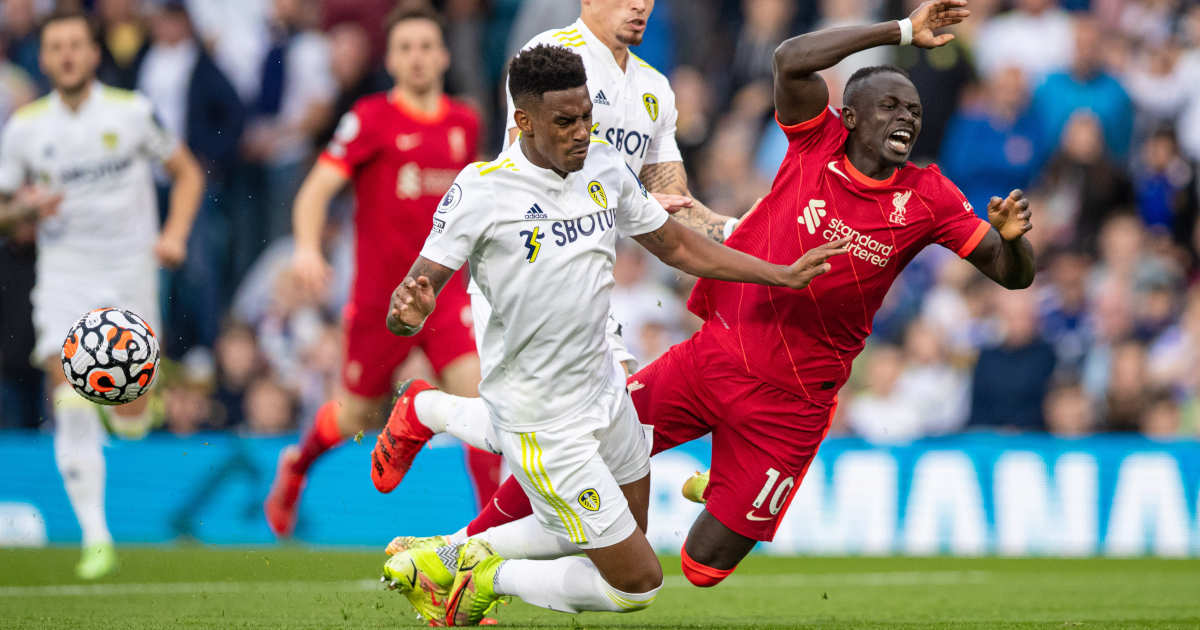 Leeds United might be suffering from a little Second Season Syndrome, or four matches may be a bit early to start prophesising their doom.

There haven’t been any particular indications of full-blown panic from Elland Road yet this season, but there are already signs of nerves at Leeds United following their slow start. After four matches, Leeds have claimed just two points and sit in 17th place in the Premier League, just one place and one point above the relegation zone. But is this, as has been suggested, a dose of Second Season Syndrome, or have Leeds just been dealt a tough hand by the fixture list?

There’s little question that this has been a disappointing start to the season for Leeds United, especially when we consider their strong finish to 2020/21, when a run of just one defeat from their last 11 matches – including wins against Manchester City and Spurs and draws against Chelsea, Liverpool and Manchester United – saw them jump to ninth in the final Premier League table.

The club’s summer transfer business didn’t seem too shabby. Daniel James, a player whose opportunity at Manchester United had tapered off after a bright start, arrived in a move that looked like one of those rare transfers that suits all parties, while Junior Firpo flew in from Barcelona for £13m along with Jack Harrison from Manchester City, Lewis Bate from Chelsea and Kristoffer Klaesson from Valerenga. Elsewhere, Kalvin Phillips shone in the Euros for England. There were few signs that Leeds might start with a stutter.

So what, if anything, might have gone wrong for Leeds so far this season? It’s worth taking a look at those four Premier League games again from a little distance, to see what we might learn from them. They couldn’t have got off to a much worse start, losing 5-1 to Manchester United on the first weekend of the season, a result which would have looked rather less disastrous had they not completely defensively switched off early in the second half, conceding four goals in 14 minutes before they woke up again.

Since then, they’ve continued in fits and starts. Against Everton, they came from behind twice to earn a 2-2 draw against a team which has won every other game they’ve played this season. Their away match at Burnley required a late equaliser from Patrick Bamford to secure a point, and their 3-0 home defeat against Liverpool could have been worse, but was largely overshadowed by the horrible injury to Harvey Elliott and red card for Pascal Struijk.

Conceding 11 goals in four matches is clearly not a rate that can be sustained, but eight of those came against Manchester United and Liverpool, and the early signs are that these two will be amongst the four who will dominate the rest of the season. Of the other two matches, a home draw against Everton hasn’t turned out to be as underwhelming a result as it might have seemed at full-time three-and-a-half weeks ago, while drawing at Turf Moor is hardly a disaster.

A win from either would have seen Leeds jump to 13th place in the Premier League. Such are the fine margins below the top five or six in the Premier League. It’ll certainly take more than a slow start to curdle the love affair that Leeds United fans have enjoyed with Marcelo Bielsa since he arrived at the club in 2018; the manager retains considerable goodwill.

There has been much conjecture in recent years over whether ‘Second Season Syndrome’ even exists, or whether it’s a myth that is really confirmation bias in action. The evidence would tend to suggest that it does exist. Most famously, Ipswich Town went from finishing fifth in the Premier League in 2001 to being relegated the following season. More recently, Sheffield United went up twice in three seasons, all the way up to ninth place in the Premier League, before being relegated in bottom place. There are other examples.

Prior to the start of the season, there were those who were tipping Leeds for European football this season. In the past, they’ve reacted well to promotion into the top flight. After they went up as Second Division Champions in 1964, they finished runners-up at the first attempt and would not finish below the top four for the next decade. When they were promoted from the same division again in 1990, they finished fourth at the first attempt and were champions a year later.

The problem is that the glass in that ceiling is thicker than ever. The top four make money as a result of their Champions League places on top of Premier League prize money and also raise greater sums through their commercial partners. It would be an over-exaggeration to say that Leeds are running to stand still, but getting back to where they were at the start of the century would be extremely difficult, and perhaps impossible without the type of money that Chelsea or Manchester City have enjoyed.

What we know for certain is that Leeds United have a highly experienced manager, a team of talented players, and a large, passionate fanbase who were unable to be present for their team’s promotion back to the Premier League. If Second Season Syndrome exists, the symptoms are treatable. The real problems come when clubs are slow to diagnose the issue, or panic themselves into making bad decisions. As Bielsa is unlikely to countenance either, Leeds are in safe hands.