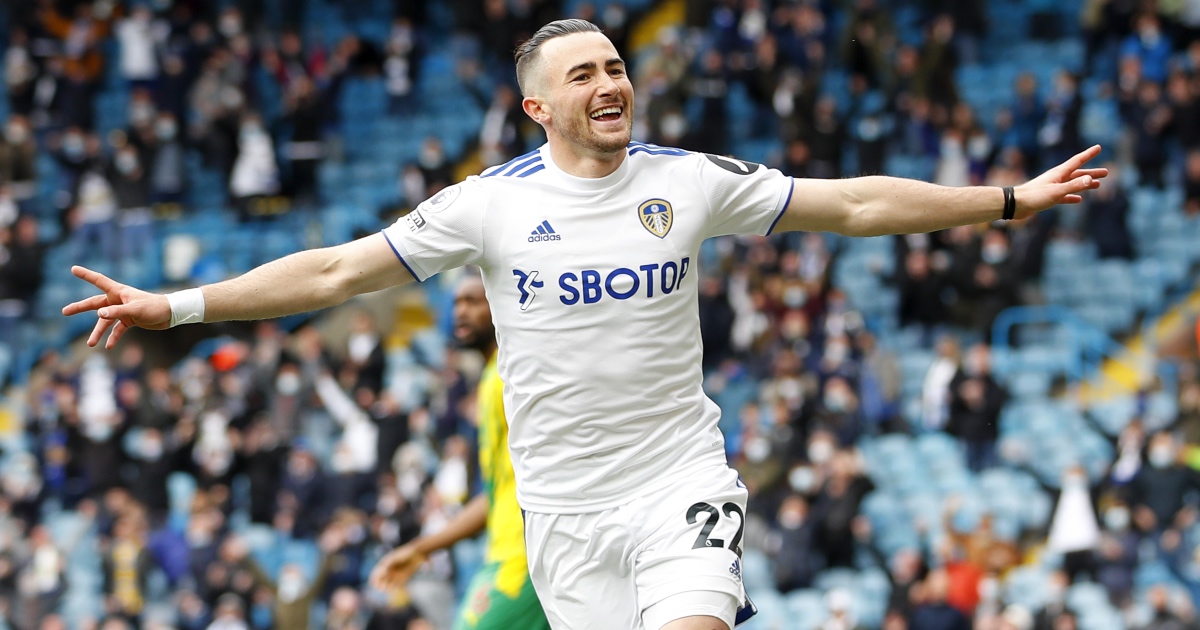 Jack Harrison looks set to make the permanent switch from Manchester City to Leeds United with the Premier League champions trying to raise funds for their anticipated transfer raid.

Harrison has spent three years on loan at the Yorkshire club and manager Marcelo Bielsa is keen to make the move permanent with the winger surplus to requirements at City.

Manchester Evening News have reported that the deal is expected to be completed this week for a fee of around £15million.

Harrison made 36 Premier League appearances for Leeds last season scoring eight goals and registering the same number of assists in an astonishing first season back in the top flight for Bielsa’s side.

The 24-year-old was also paramount to Leeds’ promotion in 2020, but despite impressing heavily during his loan period he hasn’t been deemed good enough for the Premier League champions.

Harrison has never played a competitive game for City and has spent almost his entire career so far out on loan.

City will be hoping the £15million they are quoting for the Englishman will help them to purchase their big money targets this summer.

The Manchester club are interested in both Harry Kane and Jack Grealish with the two England stars currently on international duty at Euro 2020 and deals expected to progress following the climax of the tournament.

City have already reportedly offered £100million to Tottenham for their talisman with Kane hinting that he is ready to move on from the North London side after 336 appearances and no trophies.

Both Grealish and Kane will be a challenge to sign with Aston Villa and Spurs both making it clearer they do not want to sell their star men and the price likely to be inflated as a result.

Leeds on the other hand are hoping they can improve upon their ninth place finish last season with the addition of more talent after the success of their signings last season, notably Brazilian winger Raphinha.

Bielsa is reportedly keen on bringing Barcelona full back Junior Firpo to Elland Road with the Spaniard valued at around £12.8million by the Catalan giants.