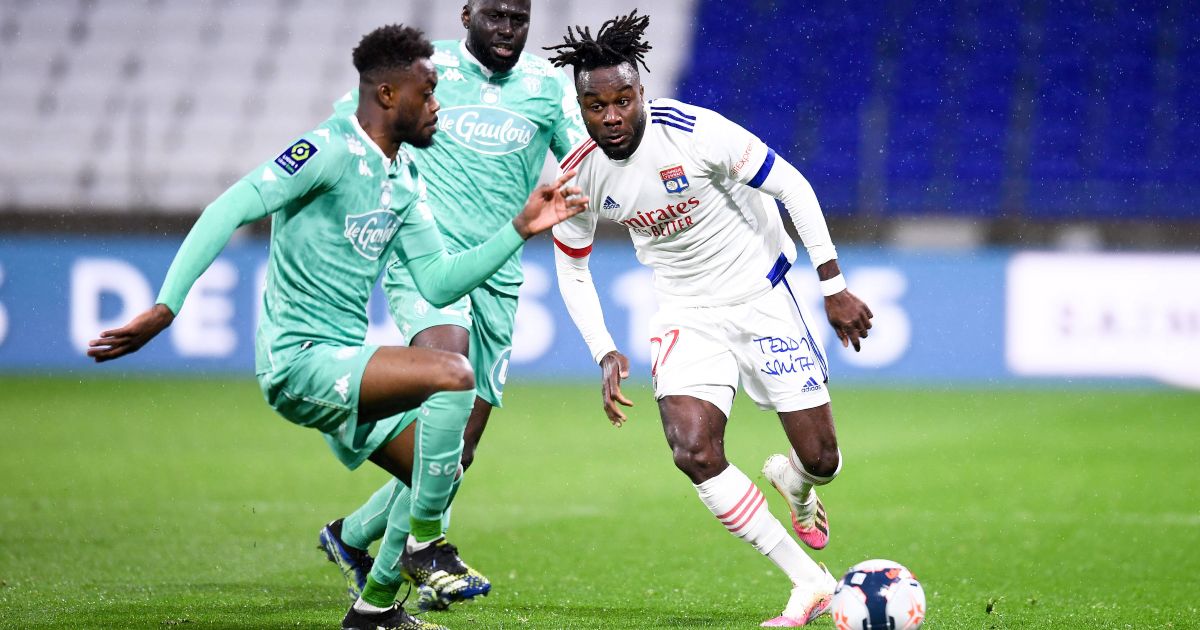 Leeds United have made an offer of €12m for Lyon left-back Maxwel Cornet, according to reports in France.

Ezgjan Alioski left the Premier League club at the end of June – although there is still thought to be an offer on the table for the North Macedonia international – with his contract expiring, leaving Leeds short at left-back.

The versatile Stuart Dallas has played there too in recent seasons but he proved to be a star player in Marcelo Bielsa’s midfield last season, bagging eight goals and providing two assists.

Barcelona defender Junior Firpo is understood to be in England for a medical ahead of his £12.8m move to Leeds.

The Brazilian will be announced as a new signing next week, according to The Athletic, with left-back ‘a priority position for Leeds during the summer transfer window’.

Despite the signing of Firpo, it seems Leeds could continue their search for another left-back with rumours they have made a bid for Cornet.

Olympique et Lyonnais claim that the Yorkshire club have ‘been interested’ in Lyon defender Cornet ‘for a few months’.

However, they have made their interest concrete by making a €12m bid for the Ivory Coast international but it ‘does not satisfy’ Lyon.

The offer ‘does not correspond to the expectations of the Lyon management’ and it ‘remains to be seen if Leeds are ready to offer more for the Ivorian’.

Meanwhile, Leeds United announced on Friday that they have brought in Jack Harrison from Manchester City on a permanent transfer.

The winger, who spent the last three seasons on loan at Elland Road, has signed a three-year deal with the Whites and is “excited for the journey” ahead.

“I will have to keep pushing to improve as a player and accept more responsibility within the team. As long as I keep pushing myself and working hard like I have been these last three years, that will happen.

“Now that it has finally happened, I am just excited for the journey and what is to come.”