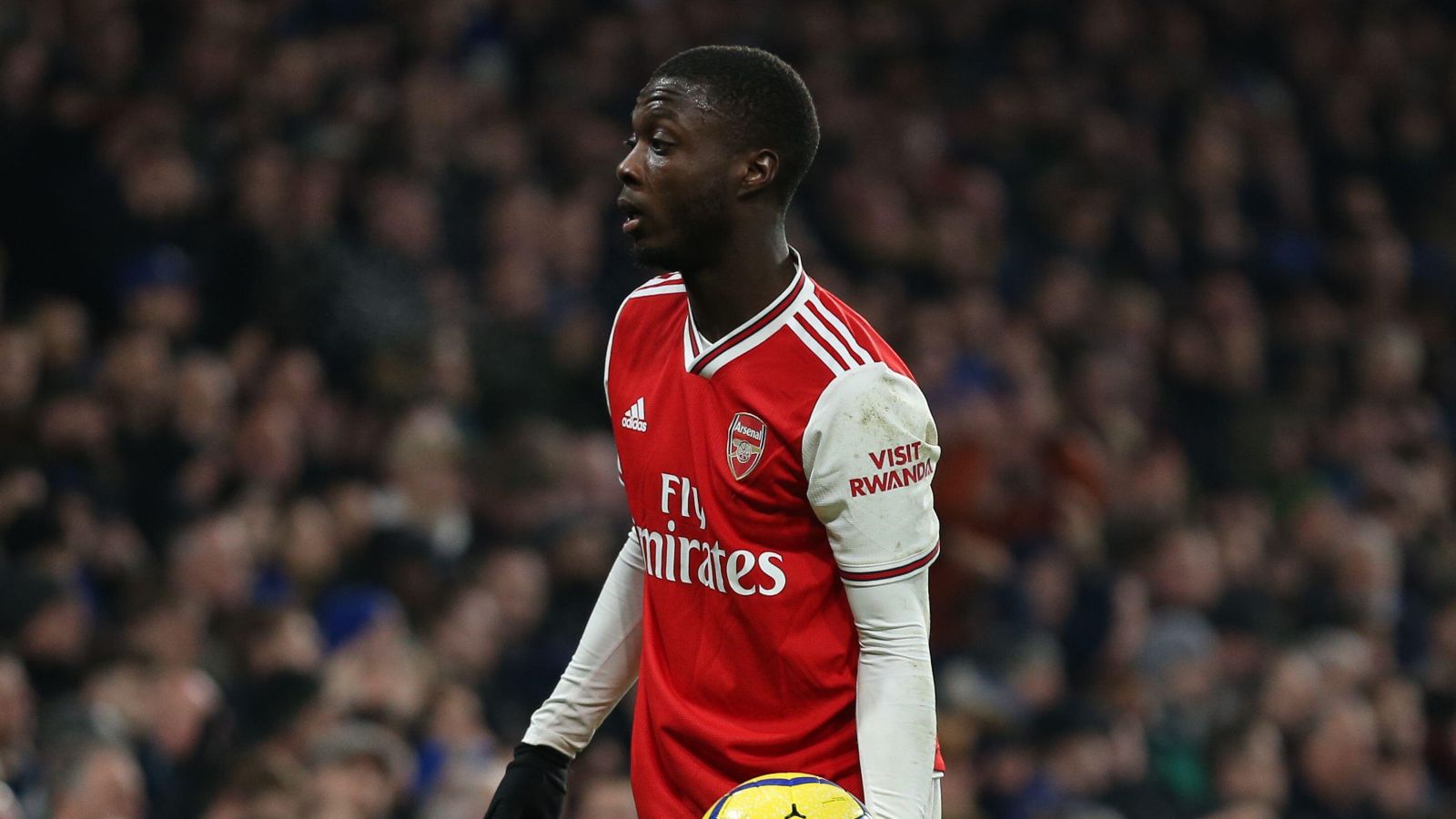 According to reports, Leeds United are among the clubs interested in Arsenal outcast Nicolas Pepe this summer.

Pepe made a name for himself during his time in France with Lille. He grabbed 22 goals and eleven assists in 38 league outings in 2018/19.

His form that term tempted Arsenal to pay £72m to bring him to the Premier League.

The winger has struggled over the past three seasons though. He only started five times in the league last term.

Back in May, it was revealed that the Ivory Coast had hired a new agent ahead of this summer with him looking to depart Arsenal.

Diario de Sevilla are reporting that Pepe ‘can leave Arsenal’ this summer.

Sevilla have ‘contacted’ the English club to discuss the transfer, but ‘it will not be easy’ for the Spanish side the sign him.

It is said that Pepe is ‘also wanted’ by Marseille and Lyon. Leeds meanwhile are eyeing him as a ‘substitute for Raphinha’. The Brazil international has signed for Barcelona.

The report adds that the price for Pepe ‘would exceed €25m’ if he is sold this summer.

Elsewhere, Charles De Ketelaere reportedly continues to reject advances from Leeds United for his signature as he closes in on a move to AC Milan.

Leeds were prepared to pay as much as £31.5m for the Belgium international this summer with AC Milan rumoured to be struggling to meet Club Brugge’s demands for their midfielder.

That had given hope to Leeds that he could ‘fall back’ to them if Milan failed to agree a deal with De Ketelaere preferring a move to the Serie A club.

However, Italian website Calciomercato now claims that Milan are ‘getting closer and closer’ to an agreement for the Belgian despite their first offer of €27m plus bonuses not yet good enough for Brugge.

It is understood that ‘the signs on the deal are positive’ with Milan looking ‘to close the deal over the weekend’ and De Ketelaere is ‘only waiting’ for the Serie A giants.

He has a five-year contract already agreed in principle as De Ketelaere ‘continues to say no’ to Leeds and the ‘next few hours will be very important’ as Milan look to seal a deal.