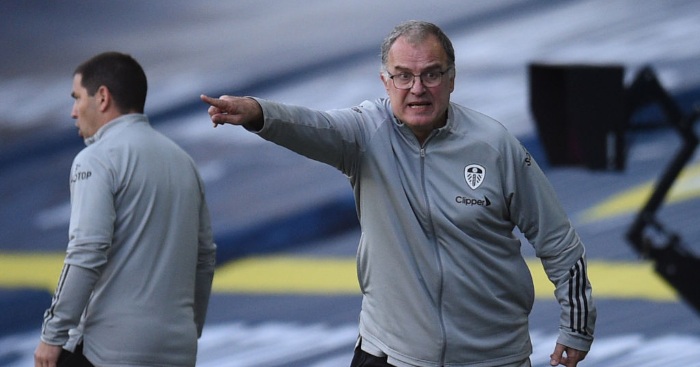 The biggest fixture in Leeds United’s calendar is upon us as they prepare to take on Manchester United this Sunday.

Mark Smith and Sarah Winterburn discussed the importance of this fixture for Leeds fans on the latest edition on the  Big Weekend on YouTube.

“This is the one that they want and how much would Leeds fans love it if they could kick Man United a little bit this weekend and come out with three points.”

Marcelo Bielsa’s men have been impressive when it comes to their fitness and how much they press their opposition. However, Sarah has questioned whether they are able to keep this up.

“Can that be sustained over a season with a limited number of players? I’m not sure.

“But I think what they will try and do is get far enough ahead of the relegation battle by sort of January/February so they can afford to slow down a little bit at the end of the season.”

Winty also believes that Leeds could drag Man United into a exciting contest this Sunday.

“Their games are exciting, aren’t they?” she said. “They allow a lot of chances, they’re not very good defensively, they always create chances and actually they’re wasting more chances than they’re taking so they could be scoring a lot more goals.

“This is exciting and it forces Manchester United into an exciting game.”