Home All The News Legend: Solskjaer appointment was ‘clever move’ by Man Utd 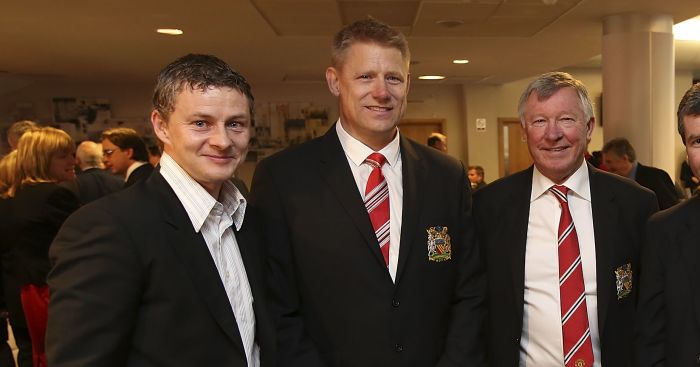 Peter Schmeichel cannot see beyond Ole Gunnar Solskjaer for the Manchester United job after he came up “smelling of roses” when faced with even the most unusual circumstances during his striking caretaker stint.

If eyebrows were raised when United turned to the 1999 treble hero in December, that sense of surprise has only continued given the way the 46-year-old has improved style and substance since replacing Jose Mourinho.

Solskjaer‘s temporary role is due to end in the summer but few expect him to return to Norwegian club Molde as planned, with bookmakers’ odds shortening as on-field momentum grows along with public backers.

Schmeichel is among the supporters of his former team-mate, with the ex-United goalkeeper delighted to see someone with history and understanding of “the pedigree of Man United” at the helm again.

“He must be top candidate now,” he told Press Association Sport.

“I think with Ole it is kind of a free ride because he’s only there on a temporary basis, but he’s proven – and the Liverpool game was key for me – that his way of thinking, he’s a top, top, top manager.

“I mean, we were trying to think about a game where three, actually four, players get injured in the first 25 minutes and you have to regroup.

“I can’t remember anyone ever being faced with that challenge and I thought he came out of that smelling of roses.”

That was a club-record eighth successive away win in all competitions, continuing a remarkable start to life at the helm that shows little sign of abating.

“I didn’t even see the announcement of Ole coming – it was a really big surprise that they picked him,” Schmeichel said, perhaps nodding to someone like Laurent Blanc.

“I thought they’d go somewhere else. You know, some of the former players who have had bigger clubs – who have been at the club but are from different, other parts of Europe.

“His potential as a coach was very, very (clear) early on. It was very clear he would be a very good coach.”

Schmeichel caught up with Solskjaer after Sunday’s match against Liverpool at Old Trafford, where it has been confirmed the goalkeeper will return on May 26 to play in the Treble Reunion match.

The Dane will don his gloves for the United’s ’99 Legends team against Bayern Munich Legends in the match raising funds for the Manchester United Foundation, exactly 20 years to the day since lifting the Champions League trophy in Barcelona.

Solskjaer scored the last-gasp winner that night at the Nou Camp and is now back at United in a key role, just as Schmeichel has suggested he would like to be.

United are looking for a director of football as well as a manager and the 55-year-old said in December that he was “considering if I have the qualities” to fill that role ahead of a potential application in the New Year.

Schmeichel has confirmed he did not actively pursue the role, but it is clear he would be keen to help the club in whatever role they deemed fit.

“Chasing the job, I think it’s different. I think I wouldn’t do that.

“My life and the work I do has great variety and it’s a difficult one to let go, if you know what I’m saying?

“But of course if I was asked to a job for the club, I would. I think we all would and that was basically my answer.”