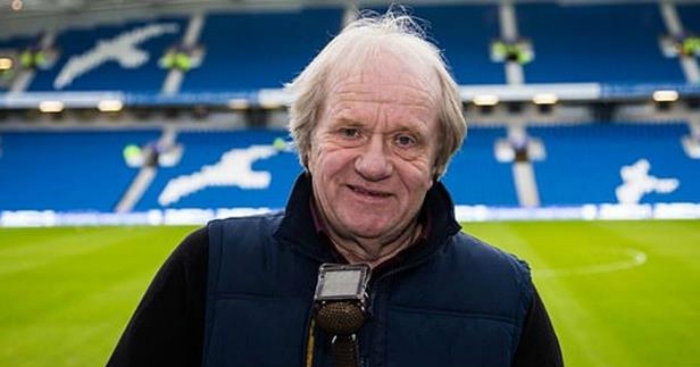 Brackley, best known as the voice of Channel Four’s Football Italia, was a lifelong Albion supporter and the club announced his death on Sunday evening.

Brighton chief executive Paul Barber said on the club’s official website: “So many of us here at the club knew Peter well. He was a hugely talented, knowledgeable, funny and, above all else, a good man.

“We will miss him. Our condolences go out to Peter’s family, including our colleague and his nephew Paul, and all of his many friends.”

Brackley began his career with BBC Radio Brighton before switching to television. He worked for ITV and Sky before joining Football Italia, where he worked throughout the 1990s.

He worked at four World Cups for ITV and two European Championships and provided the commentary for popular video game Pro Evolution Soccer before working for Albion in the community in recent years.

Brackley was an accomplished impressionist and provided voices for puppets on the satirical current affairs show Spitting Image. He also featured on Saint and Greavsie, Ian St John and Jimmy Greaves’ programme.