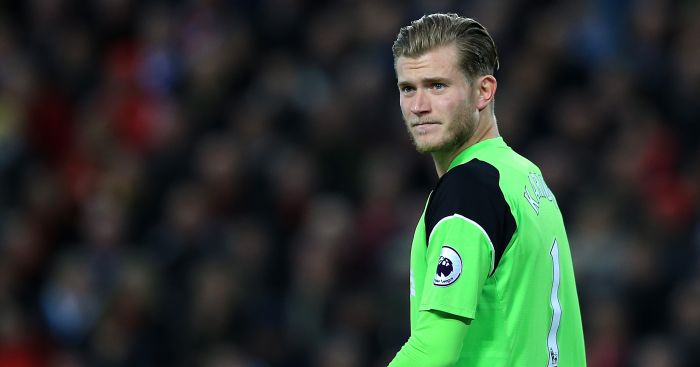 The ex-Mainz keeper has only played ten Premier League matches for the Reds but pundits including the Neville brothers and Jamie Carragher are already questioning whether he is good enough to remain number one.

The German was criticised for his keeping during the 2-2 draw with West Ham at Anfield following on from his howler the week before that cost Liverpool in a 4-3 loss to Bournemouth.

However, Lehmann thinks the 23-year-old needs a chance to prove himself at Liverpool.

“It will be a good challenge for him to prove the critics wrong.” Lehmann told talkSport.

“He is a fantastic prospect. Jurgen Klopp probably has bought him for the future, not for an immediate impact.

“I was ten years older when I came to England but I know the change of system to play in the Premier League from the Bundesliga is massive and, for a young guy who didn’t even make it to the top in the Bundesliga, it is really hard because you need to find yourself as a goalkeeper.”

If Klopp were to drop Karius then Lehmann thinks it could set the keeper back further in his development.

“Technically he is not yet perfect but who is at that age?” the ex-Gunner said.

“It is about development and Jurgen Klopp knows what he is doing. Of course, he has to back him now because if he drops him or if he doesn’t back him it will have a major impact on Karius’ self confidence.

“At the end of the day, you see how strong players are. That bit of anger inside of him, he should perform a little bit better.”