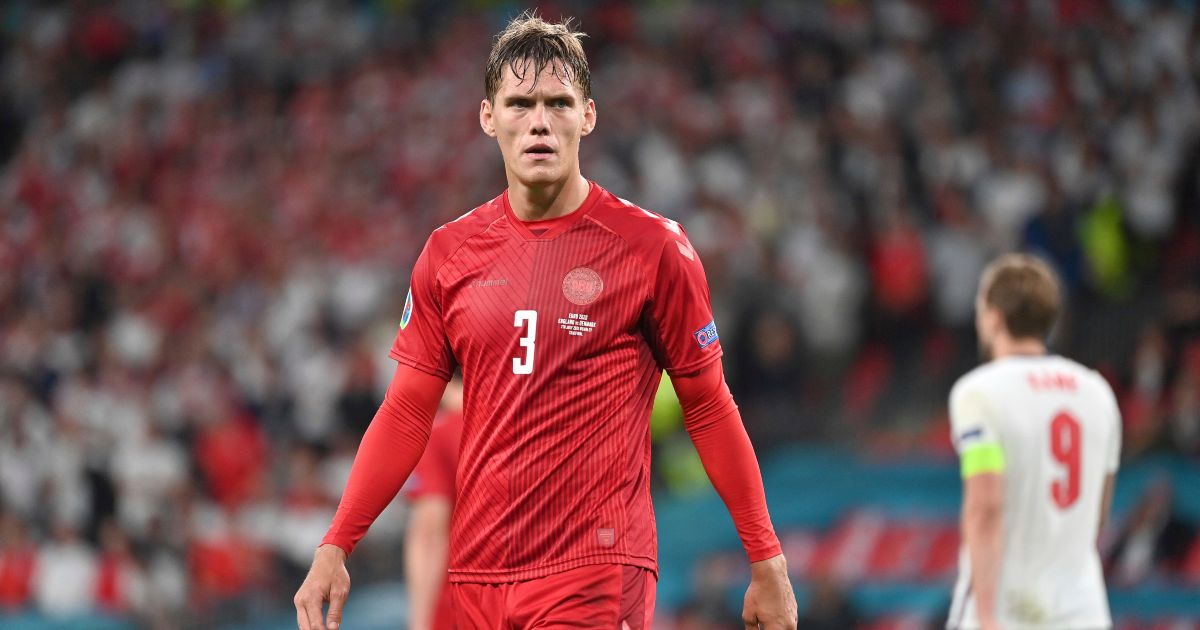 Leicester City have made a bid for Southampton centre-back Jannik Vestergaard, according to reports on Wednesday.

The 29-year-old was in good form again for the Saints last season, making 30 Premier League appearances and helping them avoid Premier League relegation by finishing 15th.

That form saw him represent Denmark at Euro 2020 as they reached the semi-finals before England knocked them out in extra-time thanks to a Harry Kane winner.

With only a year left on his contract at St Mary’s Stadium, Vestergaard has attracted interest from a number of clubs, including Tottenham.

However, it is Leicester who have made their move for the centre-back, with The Athletic claiming they ‘have submitted an opening offer worth up to £15m’ for Vestergaard.

Southampton are ‘believed to be holding out for £18m’ with the bid from the Foxes ‘not yet been accepted’ by their fellow Premier League outfit.

The Athletic add that Leicester ‘will have competition’ and name Tottenham, Wolves and West Ham as the other three English clubs keen on signing him.

Leicester only have Caglar Soyuncu fit out of their four senior centre-backs for the start of the Premier League season and they are desperate to provide Brendan Rodgers with reinforcements in that area.

The Foxes have so far spent £44m on Patson Daka from RB Salzburg and Boubakary Soumare from Lille, while Ryan Bertrand joined the club on a free transfer.

Agbonlahor said back in July: “I really like him. I watched him a lot last season and for Denmark in the Euros and he was very good.

“He’s very strong, a big, big guy, very tall. He reminds me of Martin Laursen the way he attacks the ball.

“He’s a great, great player and I’m sure if Spurs can get that over the line they will.

“Southampton won’t want to lose him but with one year left on his contract it could make sense for him to get sold.”