Home All The News Leicester 3-1 Legia Warsaw: Foxes leap from last to first 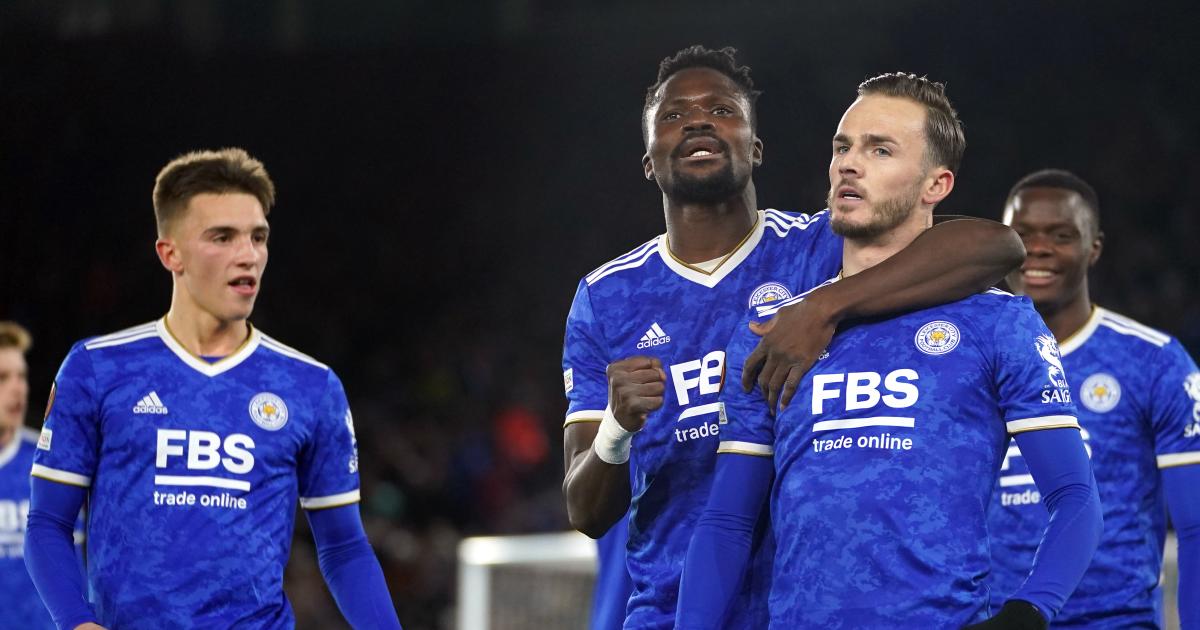 Leicester propelled themselves from fourth to first in their Europa League group with a 3-1 win over Legia Warsaw that leaves their fate in their own hands.

Patson Daka, James Maddison and Wilfred Ndidi sent the Foxes top of Group C, where just two points separate top from bottom ahead of the final round of games.

Leicester face on paper the toughest possible task in that final game, taking on Napoli away, but victory in Naples would book Brendan Rodgers’ side an automatic spot in the last 16.

Filip Mladenovic gave the Foxes a scare when he followed up after Kasper Schmeichel saved Mahir Emreli’s penalty but it was, ultimately, a comfortable night.

Yet, in the stands, Legia supporters were involved in a second-half battle with police as they attempted to reach Leicester fans, having already sparked several flares.

Napoli’s surprise 2-1 defeat at Spartak Moscow on Wednesday left the group wide open and while the Foxes started the evening bottom they knew victory would propel them to the top.

Pre-match Rodgers had called for perspective amid the Foxes’ inconsistent season. He had a point, having won the club’s first FA Cup in May and earned two consecutive fifth-placed finishes in the Premier League, but his team needed to deliver in Europe on Thursday.

Two home draws – and September’s 1-0 defeat in Warsaw – had hampered their chances of breezing through Group C but with the visitors on their worst run for 85 years, Rodgers conceded Leicester had no excuses.

Their plans were hit early after Jonny Evans pulled out following the warm up to be replaced by Daniel Amartey but the Foxes made light of the change to lead after just 11 minutes.

Harvey Barnes’ jinking run ended when the winger ran into a dead end but he got a lucky break and the ball ricochet through to Daka on the edge of the area for the Zambian to expertly drill past Cezary Miszta.

It created history as Daka became the Foxes’ leading European goalscorer with his fifth goal of the competition.

Legia, who have slumped to second bottom of the Ekstraklasa after seven straight defeats, were compliant victims and Maddison added a second after 21 minutes.

The midfielder collected Ademola Lookman’s pass in the area and, after evading some lacklustre defending, fired in from 12 yards.

Yet Leicester’s tendency to self destruct this season threatened to derail them five minutes later when Ndidi needlessly handled in the area.

Kasper Schmeichel saved Emreli’s penalty only for Mladenovic to covert the rebound – but it was just a blip for the Foxes who made the game safe before the break.

Seven minutes later Ndidi atoned for his error when he capitalised on some wretched Legia defending to glance in Maddison’s corner.

It was decisive and the Foxes played out the second half with a degree of comfort, despite the visitors improving.

Barnes and Timothy Castagne tested Miszta but attention turned to the Legia fans, who were involved in battles with the police mid-way through the second half.

Around 100 supporters ripped down the netting dividing them and the home fans with police forced to stop them.